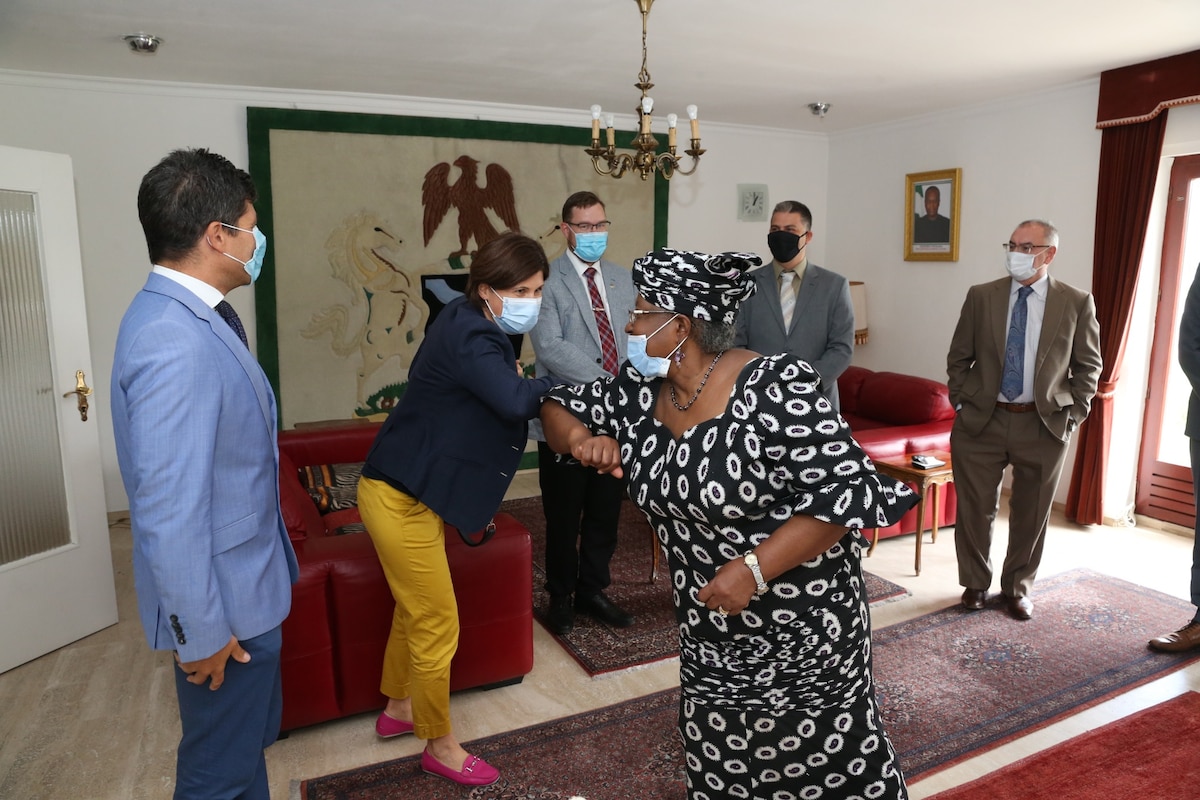 The US has opposed the emergence of Nigeria’s Ngozi Okonjo-Iweala as DG of the WTO.

A reason has been given by the United States why it opposes the emergence of Nigeria’s Ngozi Okonjo-Iweala as director-general of the World Trade Organisation (WTO).

This was contained in a statement issued by the office of the US trade representative on Wednesday.

According to the U.S, the WTO is in dire need of reform and must be “led by someone with real, hands-on experience in the field”.

The USTR led by Robert Lighthizer said the United States supports the selection of Korean Trade Minister Yoo Myung-hee as the next WTO Director-General.

“Minister Yoo is a bona fide trade expert who has distinguished herself during a 25-year career as a successful trade negotiator and trade policy maker. She has all the skills necessary to be an effective leader of the organization.

“This is a very difficult time for the WTO and international trade. There have been no multilateral tariff negotiations in 25 years, the dispute settlement system has gotten out of control, and too few members fulfill basic transparency obligations.

“The WTO is badly in need of major reform. It must be led by someone with real, hands-on experience in the field.”

The argument against Okonjo-Iweala has always been that she has no direct trade experience.

Recall that in July, the former Nigeria’s Minister of finance, Ngozi Okonjo-Iweala refuted the claim while addressing the WTO.

“I am a development economist and you cannot do that without looking at trade. Trade is a central part of development. So, I have been doing it. My whole career at the World Bank, I was working on trade policy reform in middle and low-income countries at the bank,” she said.

“As finance minister, the customs service in my country reported to me. And that is all about trade facilitation. I helped my country’s negotiation with my trade minister on the ECOWAS common external tariffs. I don’t know how much more trade you can have than that.

“So those who say I don’t have trade, they are mistaken. I think the qualities I have are even better, because I combine development economics with trade knowledge, along with finance, and you need those combination of skills to lead the WTO. I think I have the skills that are needed. I am a trade person.”

Okonjo-Iweala on Wednesday had won the popular vote to become the next DG and had the nod of the three ambassadors saddled with the responsibility of picking the next leader of the trade body.

But at a WTO delegates meeting to discuss the appointment, the US expressed opposition to her election — the US was the only country opposing her election.

Keith Rockwell, the spokesman of the WTO, said just one member country did not support Okonjo-Iweala.

“All of the delegations that expressed their views today expressed very strong support for the outcome, except for one,” he said.

The WTO reconvenes on November 9, 2020 after the US election to decide who becomes the next DG.