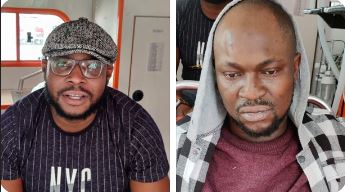 The suspects were arrested for cloning several cards and illegally withdrew money from ATMs.

The Noida Police has arrested a Nigerian man alongside a Kenyan national for allegedly duping people of their money by cloning their ATM cards in India.

The accused identified as Omon Benson from Nigeria and Jonson Usaro from Kenya were arrested by police in Noida on Wednesday, October 28.

The Noida Police said it also unearthed their links with hawala traders operating in the National Capital Region (NCR).

According to officials, Benson and Usaro have been active in Noida, Greater Noida, Ghaziabad, Delhi, Gurgaon and Faridabad for the last 10 years during which they cloned several cards and illegally withdrew money from ATMs.

“The duo was held by the Cyber Cell, which recovered 96 ATM cards, two card-cloning modules, two laptops, seven mobile phones, two pin-hole cameras, 17 sheets of debit card data, Rs 10,000 cash, among others, from them,” a police spokesperson said on Thursday.

“They used to spend some money and keep some for their expenses. Rest of the money was sent by them to their native countries with the help of Nigerian hawala traders operating in Delhi-NCR,” Aggarwal said.

On their modus operandi, he said the accused would target unguarded ATM booths to fix ATM card-cloning module on card-reader device which used to store data of the cards used on the ATM and the same time a flap with pinhole camera above the keypad was installed which used to record the PIN being used against the corresponding ATM cards.

“After two or three days, they used to extract the device and flap and with the use of the data and computer devices, they used to rewrite the card data on rewritable ATM cards,” Aggarwal said.

“A total of 94 rewritable ATM cards along with three complete cloning module and flaps were recovered from the possession of these criminals,” he said.

After rewriting the cards, they used to approach unmanned ATM kiosks to withdraw money ranging from Rs 20,000-50,000 depending upon the cards limit and available balance in the bank account, he added.