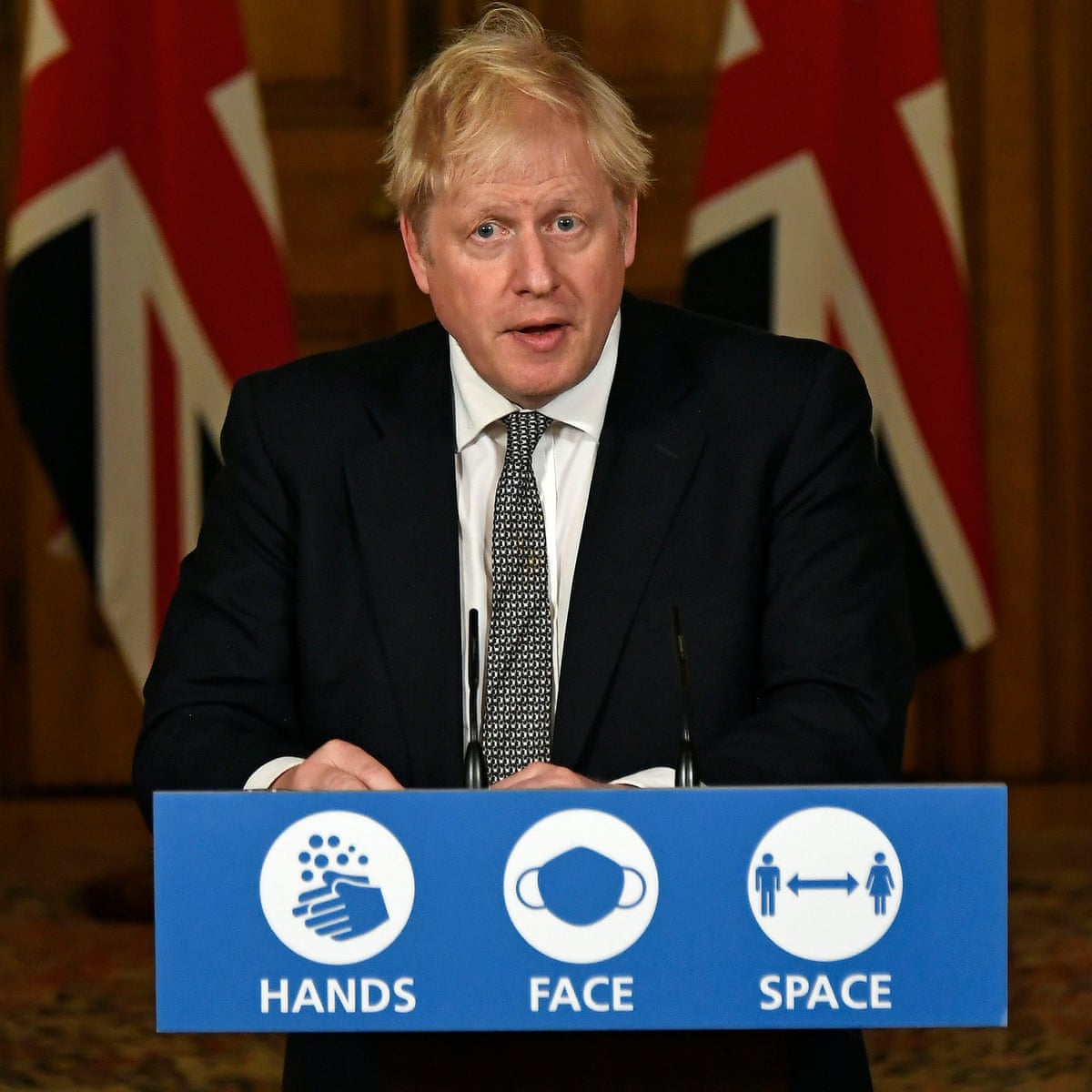 Boris Johnson, the British Prime Minister has announced a new month-long lockdown for England after being warned that a resurgent coronavirus outbreak will overwhelm hospitals in weeks without tough action.

This announcement was made by Boris Johnson in a televised news conference on Saturday.

According to Boris Johnson, the new measures will begin Thursday and last until December 2.

He said without them, “we could see deaths in this country running at several thousand a day.”

Bars and restaurants can only offer takeout, non-essential shops must close and people will only be able to leave home for a short list of reasons, including exercise.

Unlike during the UK’s first lockdown earlier this year, schools, universities, construction sites and manufacturing businesses will stay open.

Johnson had hoped a set of regional restrictions would be enough to contain the virus, but government scientific advisers predict that on the outbreak’s current trajectory, demand for hospital beds will soon exceed capacity.

Other parts of the U.K. set their own public health measures, with Wales and Northern Ireland already effectively in lockdown and Scotland under a set of tough regional restrictions.

London School of Hygiene epidemiologist, John Edmunds, a member of the government’s scientific advisory group, said yesterday that cases were running “significantly above” a reasonable worst-case scenario drawn up by modelers.

“It is really unthinkable now, unfortunately, that we don’t count our deaths in tens of thousands from this wave,” Edmunds told the BBC.

Official figures announced yesterday recorded 21,915 new cases confirmed in the last 24 hours, bringing Britain’s total since the start of the pandemic to 1,011,660. Britain’s official death toll from the coronavirus is 46,555, the highest in Europe, with 326 new deaths announced Saturday.

The United States, India, Brazil, Russia, France, Spain, Argentina and Colombia have also recorded more than 1 million cases, according to a tally by Johns Hopkins University. Scientists say the true number of cases is much higher because not everyone with the virus is tested.