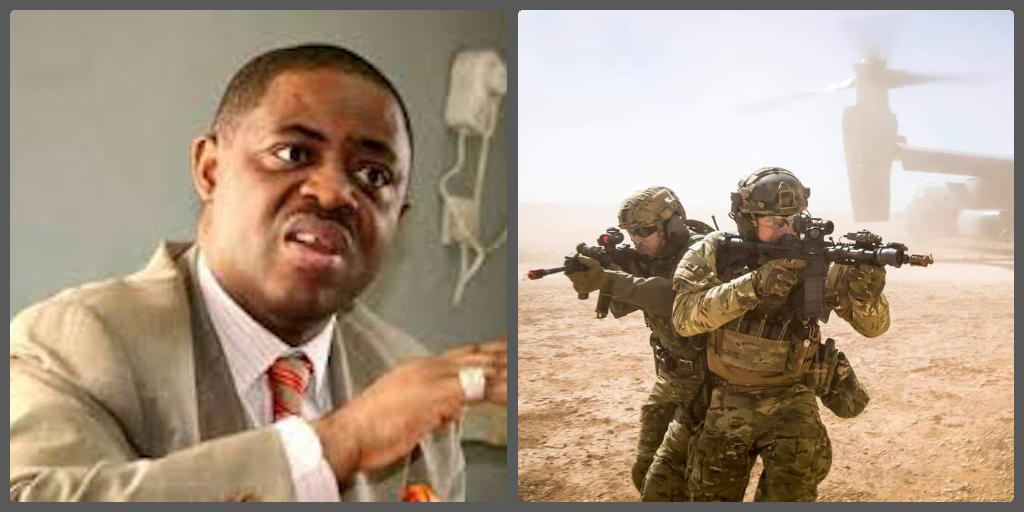 Former Minister of Aviation, Femi Fani Kayode has reacted to the successful military operations of the US forces in rescuing an American citizen.

Recall that on Saturday, October 31, United States forces rescued an American citizen taken hostage by armed men in Niger and held in the northern part of Nigeria.

Reports revealed that the mission was undertaken by elite commandos as part of a major effort to free the U.S. citizen, Philip Walton, 27, before his abductors could get far after taking him captive in Niger on October 26.

Commending the US forces for the rescue operation, FFK in a tweet shared on his official Twitter page lashed out at the Nigerian Army and President Buhari.

”U.S. forces rescued an American citizen held hostage in Nigeria yesterday. 6 captors were killed by the Americans. Congrats to Donald Trump. The Nigerian Army is only good at killing it’s own citizens & the Nig. President is only good at ordering them to do so. Shame on you!”