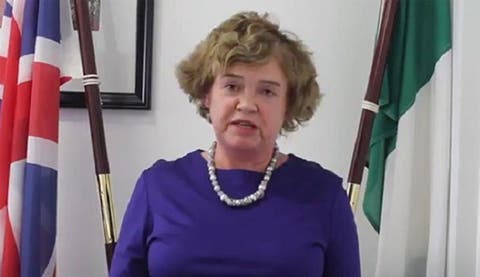 The UN and the UK urged the authorities to stop all harassment and victimisation of the press which is crucial in holding governments accountable to the people.

The British Government and the United Nations have expressed concerns over the increasing attacks on journalists and media houses in the country.

The UN and the UK, therefore, urged the authorities to stop all harassment and victimisation of the press which is crucial in holding governments accountable to the people.

British High Commissioner to Nigeria, Catriona Laing, made this known on Monday on the occasion of the 2020 International Day to End Impunity For Crimes Against Journalists.

The high commissioner tweeted, “A free press is essential for an informed citizenry. Journalists play a crucial role in holding our governments to account and preventing impunity. Journalists should never be intimidated or attacked for pursuing the truth.”

Also, the Director, United Nations Information Centre in Nigeria, Ronald Kayanja, said at a virtual event on Monday that journalists and media houses must be protected by all means.

Kayanja said that attacks on journalists and media houses were a cause for concern and called on authorities to investigate such cases while allowing the relevant arms of the law to bring justice in those situations.

Kayanja also said one way to curb fake news is to empower the independence of the media.

“One way to fight fake news and hate speech which is pervasive through digital media is to strengthen the independent media.

“Just like support is being provided for other sectors of the economy, to build back a better media the industry should also be supported,” the UN official said.

The PUNCH had earlier reported that at least three media houses were torched during the violence that trailed the recent #EndSARS protests against police brutality.