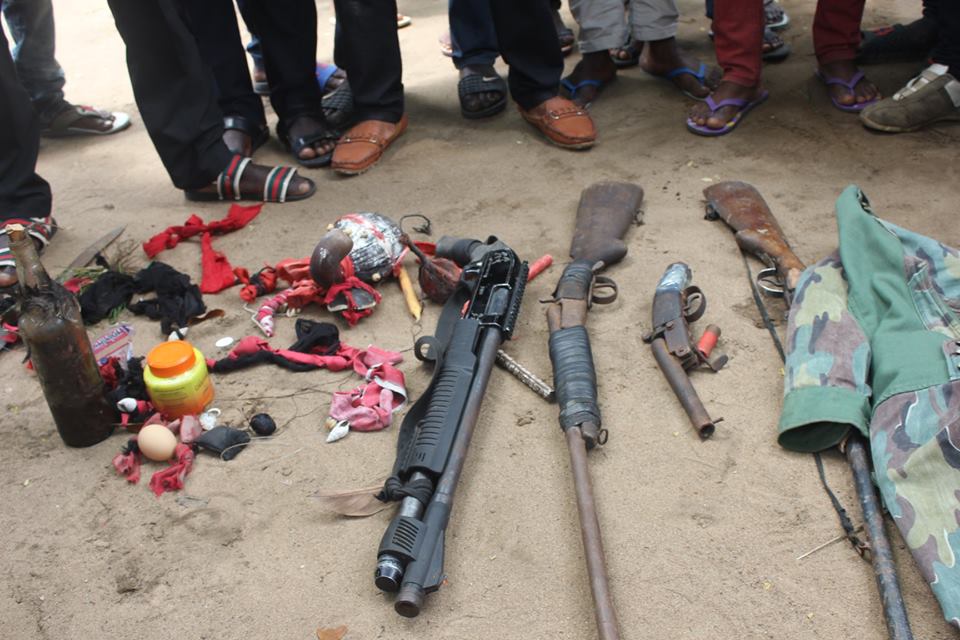 The decapitated body of a suspected cultist was found in the early hours of Monday, November 2, in Ilorin, the Kwara State capital.

The deceased’s corpse, popularly called ‘star boy’ was found along the railway line close to Maraba area of the state capital.

The residents and shop owners around the area gathered in groups to discuss the horrible incident.

It was gathered from security operatives at the scene, that the severed head was also found in a polythene bag around police road, GRA, in Ilorin.

Although, no arrest had been made at the time of this report, police and civil defence corps personnel were at the scene to evacuate the corpse.

The spokesman of the state police command, Mr Okasanmi Ajayi, when contacted on the incident, said he was yet to be briefed on the matter.