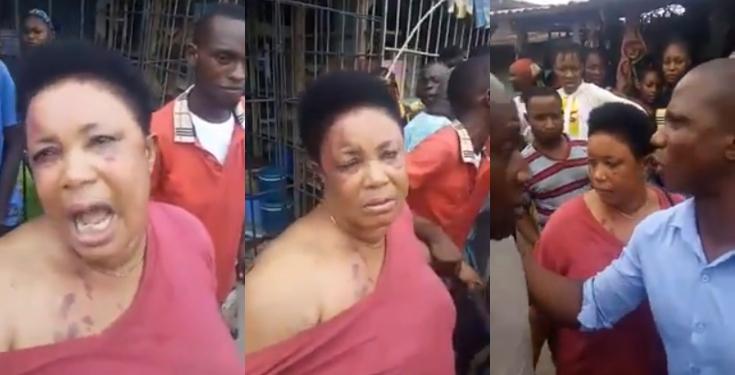 A woman has been battered by a mob who accused her of stealing a man’s manhood.

After being flogged and beaten mercilessly for allegedly stealing a man’s manhood, a woman has returned it in Aba, Abia state.

It was gathered that the woman allegedly took a man’s private part spiritually after he refused to give her money.

In a video which was shared by a Facebook user who was an eye witness, people could be seen gathered around the woman who wore a red top and a black skirt.

A look at the woman’s face and body shows bruises, from beatings and flogging by the mob.

However, the woman when asked why she took the man’s manhood in Igbo replied that she did not steal any penis.