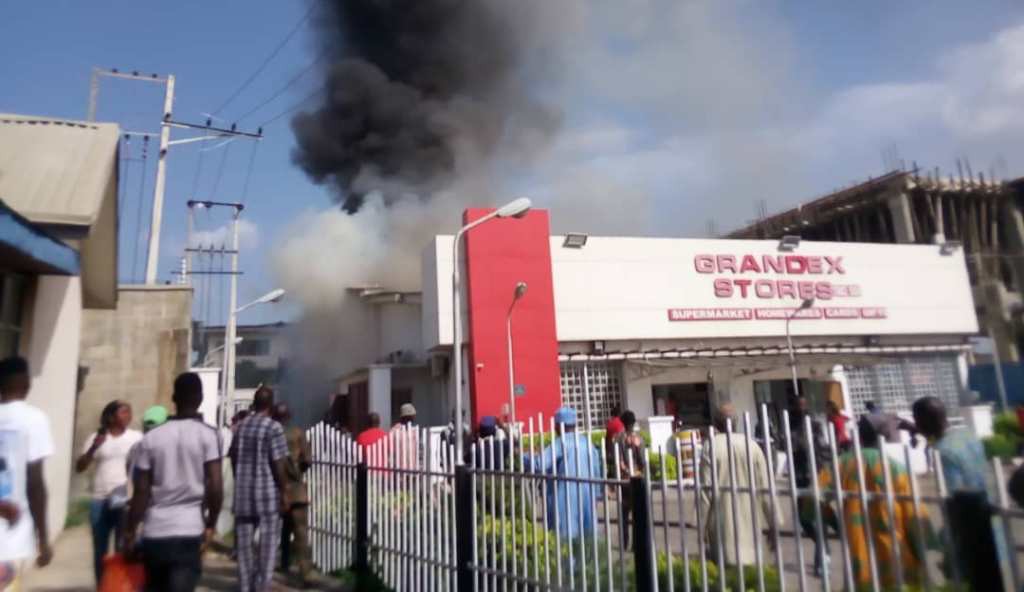 The store is owned by Florence, wife of late former Governor of Oyo State, Abiola Ajimobi.

No casualty or injuries as at press time.

The inferno reportedly started from the back office and spread to the main store.

The cause is unknown yet. However, men of the Oyo State Fire Service, who arrived at the scene promptly are battling to curtail the fire from razing the entire outlet and or spread to nearby facilities.

Men of the State Joint Security Task Force Team, Operation Burst, were also seen on the ground to prevent looting of the store while the fire-fighters battle the inferno.

On alert, Mrs. Ajimobi arrived at the scene in the company of some friends and family members to monitor the situation.

Despite the effort of the firefighters, the fire rages on as at the time of filing this report.