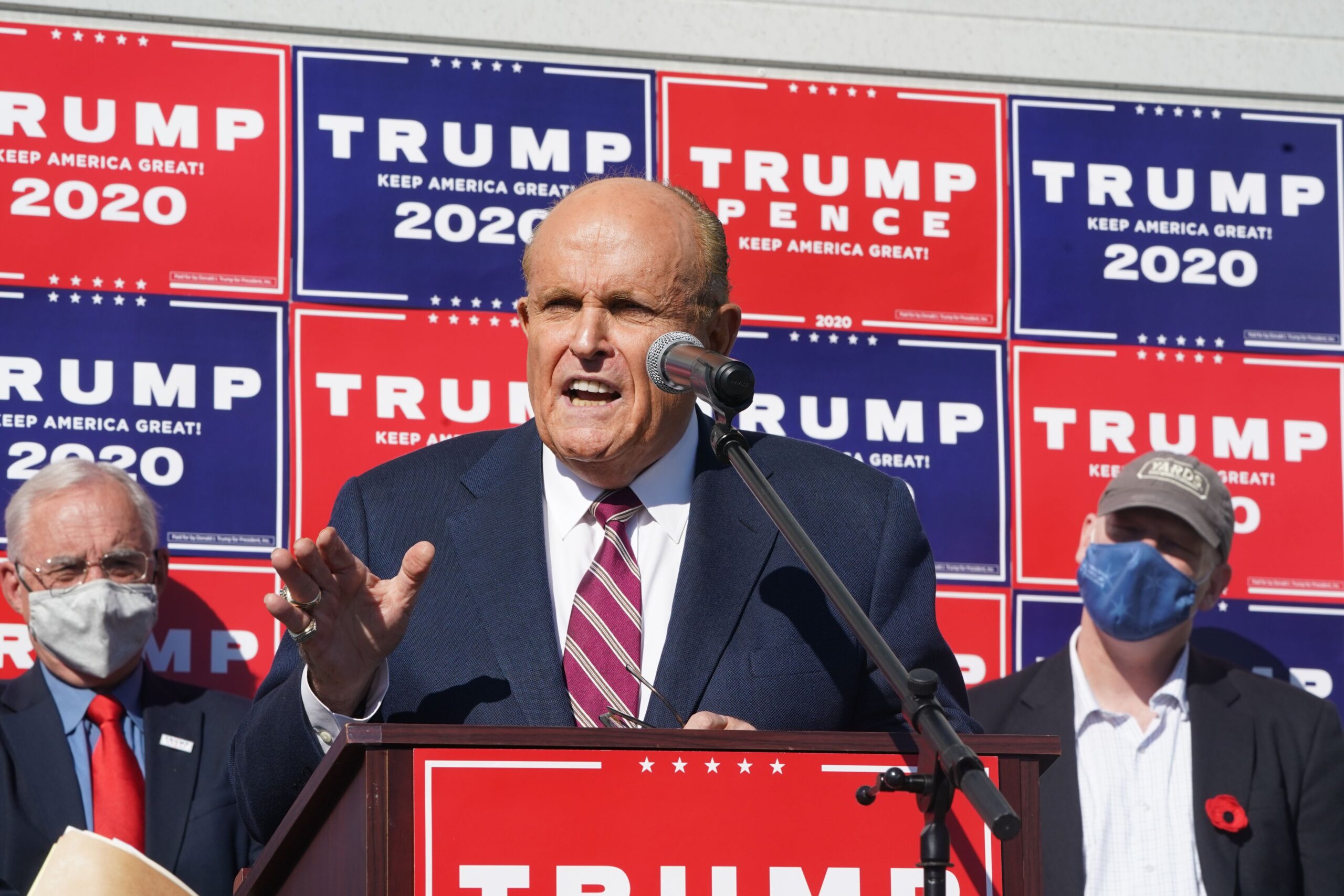 Personal lawyer of President Donald Trump, Rudy Giuliani on Saturday disclosed that his client will not concede the election.

Recall that Donald Trump has filed multiple lawsuits against the victory of Joe Biden and alleged that the election was rigged.

Giuliani at a press conference shortly after Biden was calculated to become the 46th president of the United States said there are loopholes in the election.

“Obviously he’s not going to concede when at least 600,000 ballots are in question,” CBS quoted Giuliani to have said in Philadelphia on Saturday.

Trump’s personal attorney said ballots were tampered with in Pennsylvania, the state that gave Biden the electoral college votes necessary to win the White House.

Giuliani said he has statements from 25 watchers, and has spoken to a total of 50 with similar stories.

“I could have brought about 50 with me but I did not because 50 is too many and some are afraid of retribution,” he said.

He accused the “Democratic machine in Philadelphia” of tampering with counting and keeping the votes of dead people.

“Seems to me somebody from the Democratic National Committee sent out a note that said don’t let the Republicans look at those mail-in ballots,” Giuliani said.

He said Biden gaining a lead in the state vote count after election day is proof of corruption.

Giuliani mocked the media for harbouring “hateful biases” towards Trump.

“Networks don’t get to decide elections, courts do,” he said.