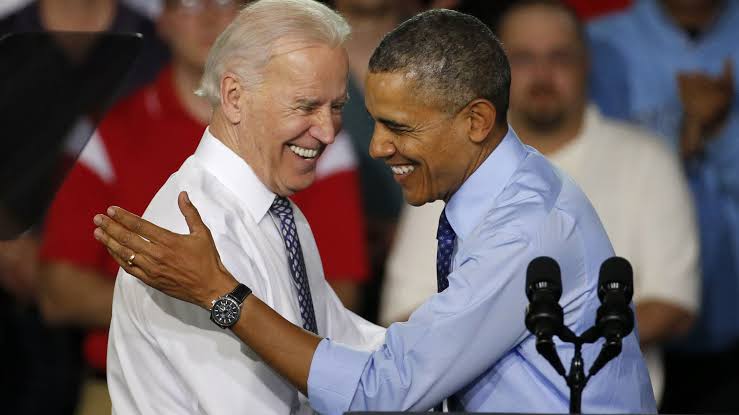 In a statement, Obama said Americans were lucky that Biden had what it took to be president and was already carrying himself that way.

“This is because when he walks into the White House in January, he will face extraordinary challenges no incoming president ever has:

“A raging pandemic, an unequal economy and justice system, a democracy at risk and a climate in peril.

“I know he will do the job with the best interest of every American at heart, whether or not he had their vote,” Obama said.

The former President, under whom Biden served as Vice, urged Americans to give him a chance and their support.

According to him, the election results at every level indicate the deep and bitter divisions in the country.

He noted that it would be up to all Americans, not just Biden and the Vice President-elect, Kamala Harris, to “lower the temperature” and unite the country.

In a tweet, Harris said the election was “so much more than Biden and her.

“It’s about the soul of America and our willingness to fight for it. We have a lot of work ahead of us. Let’s get started,” she said.

Speaker of the House of Representatives, Ms Nancy Pelosi, issued a statement saying Americans have elected a president “ready on Day One to crush the coronavirus” to pave the way for economic recovery.

“In President-elect Biden, the American people delivered a mandate for lower health costs, a mandate for creating bigger paychecks by rebuilding America’s infrastructure, and a mandate for cleaner government that works for the public interest, not the special interests.

“And in President-elect Biden, they have elected a unifier who values faith, family and community, and who will work tirelessly to heal our nation.

“Working together, we have the opportunity to deliver extraordinary progress For The People,” Pelosi said.

“Congratulations to Joe Biden and Kamala Harris on your momentous victory,” the former president said.

For her part, Hilary, who lost the presidential race to Trump in 2016, described the Biden-Harris ticket as “history-making”.

“The voters have spoken, and they have chosen @JoeBiden and @KamalaHarris to be our next president and vice president.

“It’s a history-making ticket, a repudiation of Trump, and a new page for America.

“Thank you to everyone who helped make this happen. Onward, together,” she said.