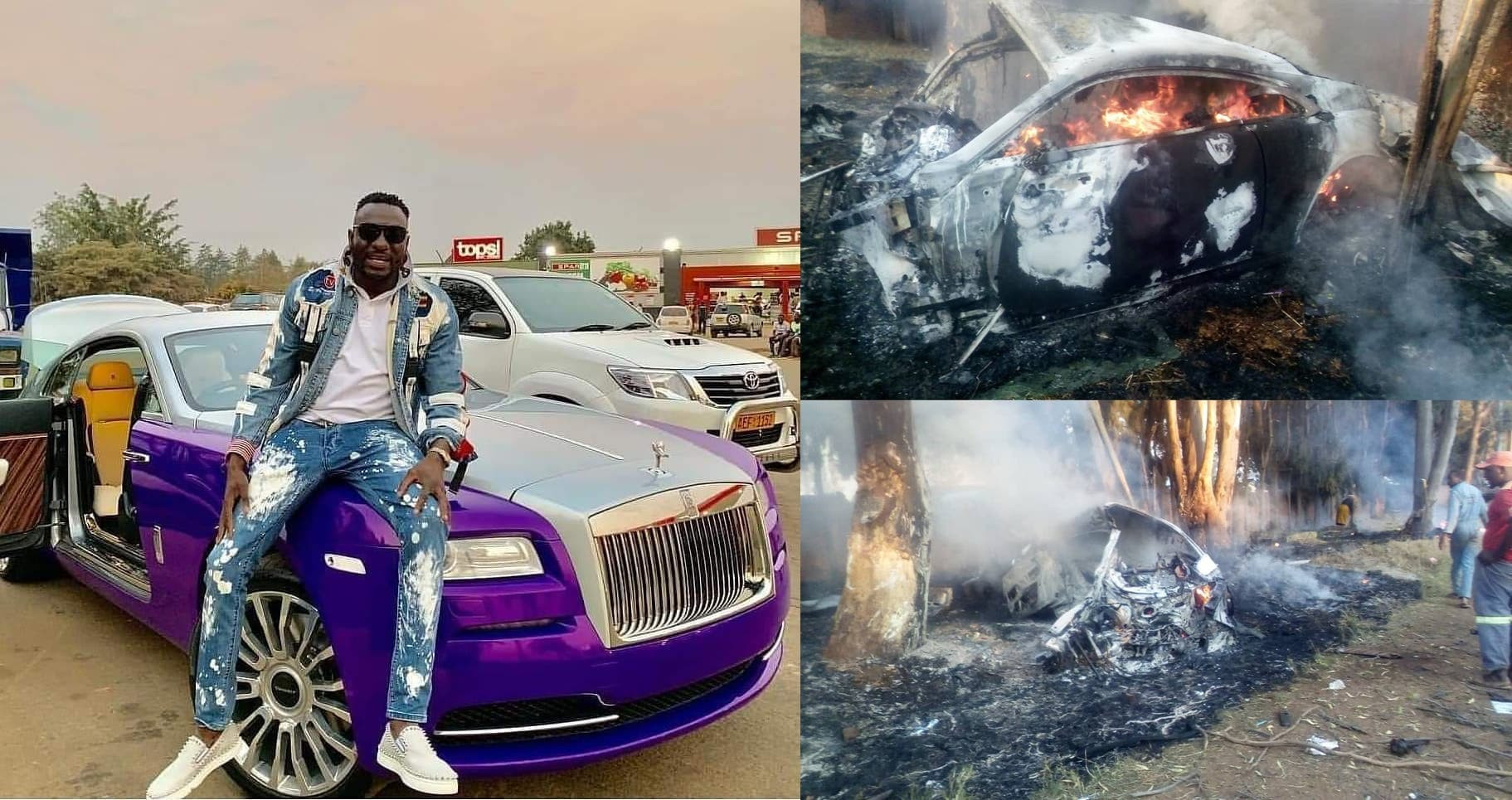 The 36-year-old owner of Pioneer Gas and PIKO Group was driving his R5m Rolls-Royce Wraith before it collided head-on with three other vehicles.

An eyewitness, Danny Kuwanga, who was one of the first people at the scene, said Kadungure was speeding before the accident which saw his Rolls-Royce veered off the road, hitting a tree and going up in flames.

Kuwanga told police that with the help of three unidentified men, Ginimbi’s body was pulled away from the burning car but other three passengers, including a model and fitness trainer, were burnt to death in the fatal accident.

“It happened in front of my eyes. He was speeding. He first overtook me and as he tried to overtake a second vehicle, that’s when he crashed into the Honda Fit driving the opposite way,” Kuwanga said in quotes reported by Zimlive.

“I was joined by three other man and they pulled Kadungure away from the vehicle which was now a fireball. The girls didn’t make it out. They were just crying inside the burning car. We couldn’t do anything,” he added.

The Zimbabwe Republic Police (ZRP) who confirmed the sad incident, said two of those burnt to death were identified as Alicia Adams, a model, and a fitness trainer, Michelle “Moana” Amuli.

Before the accident, the group were reportedly coming from Ginimbi’s nightclub, Dreams, a prime spot in the capital of Harare.

READ  CAN demands Tanko’s removal as Chief Justice of Nigeria

The businessman had posted a video on his Instagram story as he was heading out to a birthday party saying that they were going to party up a storm.

As he gets into the vehicle, Kadungure tells his followers he’s “driving Rolls Royce Wraith.” The video cuts out as ‘Hello’ by Kabza de Small and DJ Mapholisa blasts from the US$500,000 motor. The last Instagram story posted by Zimbabwean Millionaire #Ginimbi or before he was confirmed dead this morning. Life is short guys. MHSRIP. Cherish each day #Ginimbi #geniusallwhiteparty pic.twitter.com/c5gQz4aWw5