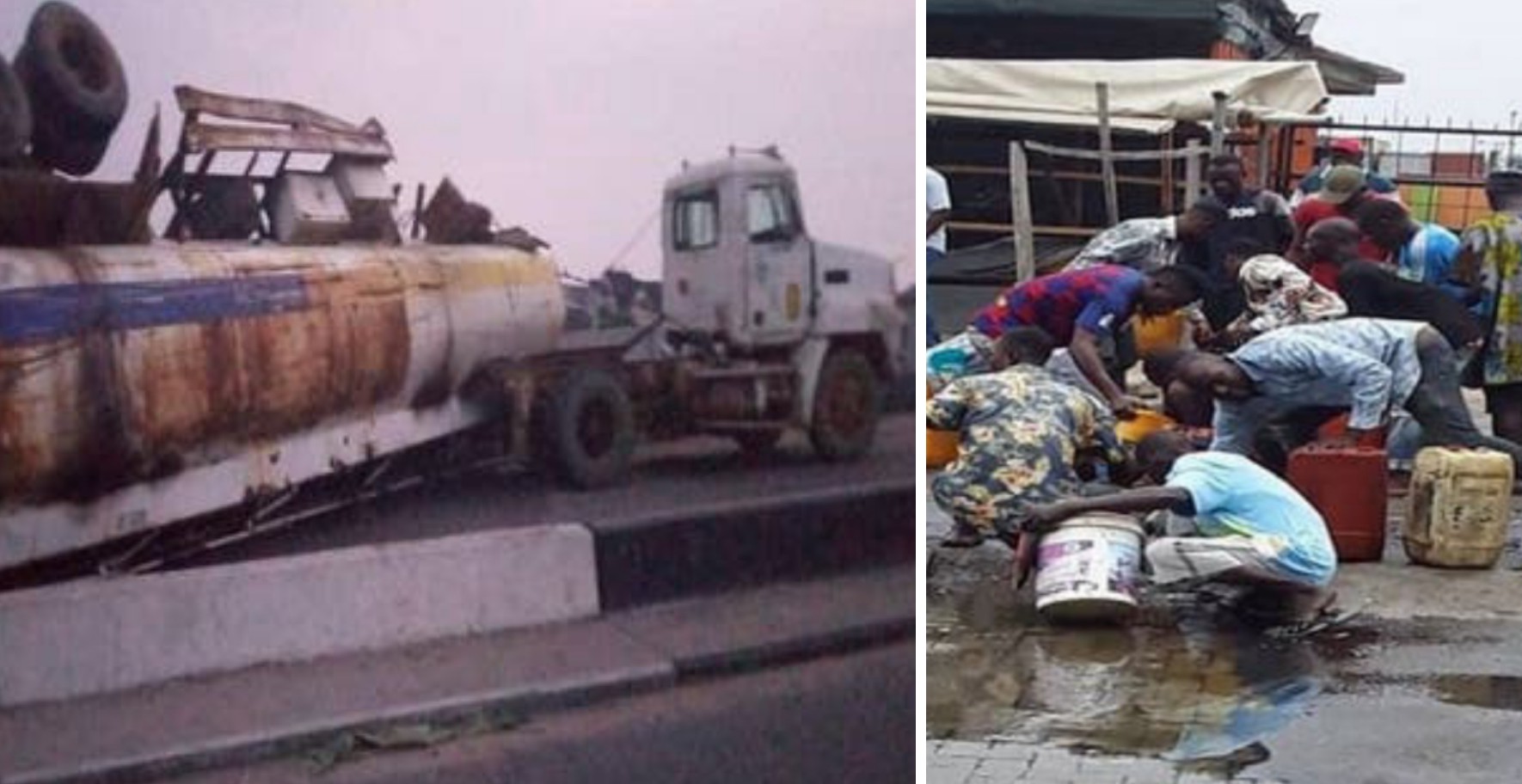 A tanker believed to be filled with petrol on Sunday fall down at Festac link bridge.

Despite warnings by the Resident and Community Development Associations for people to avoid the area, some recalcitrant individuals stormed the scene with kegs and buckets, scooping the petrol spilled by the fallen tanker.

They scooped fuel from nearby gutters where the spilled contents from the tanker were settled.

It took the intervention of police operatives alerted by concerned residents to get those scooping the petrol off the scene.

It was gathered that the bridge was immediately barricaded to prevent vehicular movement as motorists from Apple Junction and First Avenue were diverted.

Confirming the incident, the Director General (DG) Lagos State Emergency Management Agency (LASEMA), Dr. Femi Oke-Osanyintolu, said they responded to the distress call and discovered a fallen tanker with its content rapidly spilling due to the effect of gravity on the overturned tanker.

“This required additional police support. Transloading of product is ongoing. We appeal for calm.

“The agency has observed a disturbing trend in the recent incidents we have been occasioned to respond to.

“We have had cause to request for armed response or even at times, flee a scene mid operation due to unprovoked violence coming from those in the area.

READ  Kidnappers on the prowl in Yorubaland (I)

“Our assets are being damaged, our people are being harassed and most worrisome is the risk of secondary life threatening incidents being caused by those jeopardising our operations.
“We appeal to all Lagosians to cooperate with first responders and to condemn these unlawful and dangerous acts.
“Those scooping petrol for example, believe that they can resell such.

Kindly refrain from purchasing fuel from unregulated sources. We are already under a lot of pressure responding to incidents having lost our Lekki Dispatch centre in the wake of the post protest violence and we appeal for your understanding,” he said.