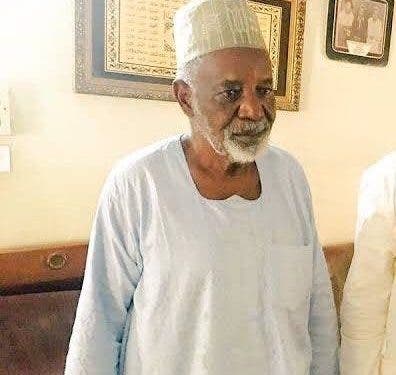 Musa’s death was announced by his political associate and former senator, Shehu Sani.

Sani, in a statement, described Musa as an exemplar for prudence, dignify and honour.

The statement read, “Alhaji Balarabe Musa, the former Governor of Kaduna State and the leader of the PRP has died.

“Nigeria has lost a patriot, a revolutionary, a nationalist, an honest man and a man of principles and conviction.

“Balarabe Musa lived an accomplished life of Honesty, simplicity and service to humanity.

“He was an exemplar for prudence, dignify and Honour.

“Balarabe Musa was the best Governor that has ever presided over the affairs of Kaduna State. He was one of the few Governors and politicians released after the collapse of the second republic and declared innocent of any wrongdoing.

“Balarabe died in active service in the command of his conscience.”

Musa, who died on Wednesday morning, will be buried later today.

Balarabe Musa was elected governor of Kaduna State in 1979 but was later controversially impeached and removed from office.

He is considered a progessive and worked with people of like minds to mobilise against the military junta of late Sani Abacha.