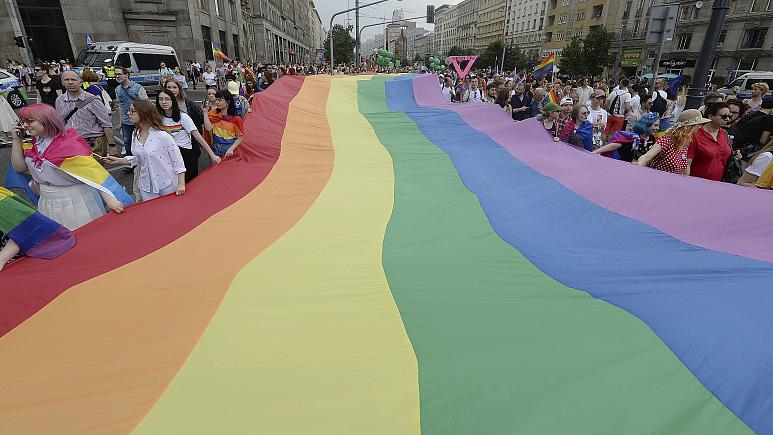 As part of its strategy, the Commission plans to extend the list of “EU crimes” to include hate crime and hate speech, including when targeted at LGBTIQ people. It also plans to bring forward a legislative initiative to protect the rights of rainbow families so that their parenthood and same-sex partnership is recognised throughout the union.

The bloc’s executive body also plans to strengthen the EU’s engagement on LGBTIQ issues in all its external relations and to uphold the rights of LGBTIQ applicants for international protection.

“Everyone should feel free to be who they are – without fear or persecution. This is what Europe is about and this is what we stand for,” the EU Commission’s Vice-President for Values and Transparency, Vera Jourová, said in a statement.

Commissioner for Equality, Helena Dalli, added: “Today, the EU asserts itself, as the example to follow, in the fight for diversity and inclusion. Equality and non-discrimination are core values and fundamental rights in the European Union.”

At a press conference on Thursday afternoon, Dalli went on to say: “The way we are born is not ideology, it’s nature, it’s biology, it’s science. And despite this, the experience of discrimination against LGBTIQ people in the EU increased in recent years.”

Introducing the strategy, Jourova told the press conference that this is “about love.”

Opposition likely to be fierce

Each member state is thus urged to develop their own action plans to tackle discrimination against LGBTIQ people and promote equality.

The Commission’s proposal is likely to meet fierce resistance from a number of countries including Hungary and Poland.

Some 80 municipalities across Poland have declared themselves “LGBT-free” over the past couple of years, drawing sharp criticism from the EU parliament. It also led the Commission to reject grant applications from six of the towns, which Warsaw decried as discriminatory.

Leaders of Poland’s ruling ultra-conservative Law and Justice (PiS) party have increasingly cast LGBTIQ people as a threat to traditional families. Andrzej Duda, who won a second term as president this summer, said LGBT “ideology” is more dangerous than communism.

In Hungary, the populist government of Prime Minister Viktor Orban unveiled a draft bill on Tuesday to amend the constitution that would in effect ban adoption by same-sex couples.

The proposed legislation would bar anyone but married couples from adopting. As same-sex marriage is illegal in Hungary, same-sex couples could only adopt if one of the partners applied on their own.

Fourteen of the EU’s member states as well as the UK have made same-sex marriage legal. Several others have some form of same-sex civil unions. Bulgaria, Latvia, Lithuania, Poland, Romania and Slovakia do not provide for registered partnership.

All have to allow entry to the non-EU partner of an EU citizen if the partnership was registered abroad, although the level of rights they will get will differ.

According to the Commission, 76 per cent of EU citizens agreed in 2019 that lesbian, gay, and bisexual people should have equal rights to heterosexual people, up from 71 per cent in 2015.

However, discrimination on grounds of sexual orientation has been increasing over the past eight years. Last year, 43 per cent of LGBT people in the EU declared they felt discriminated against, compared to 37 per cent in 2012.