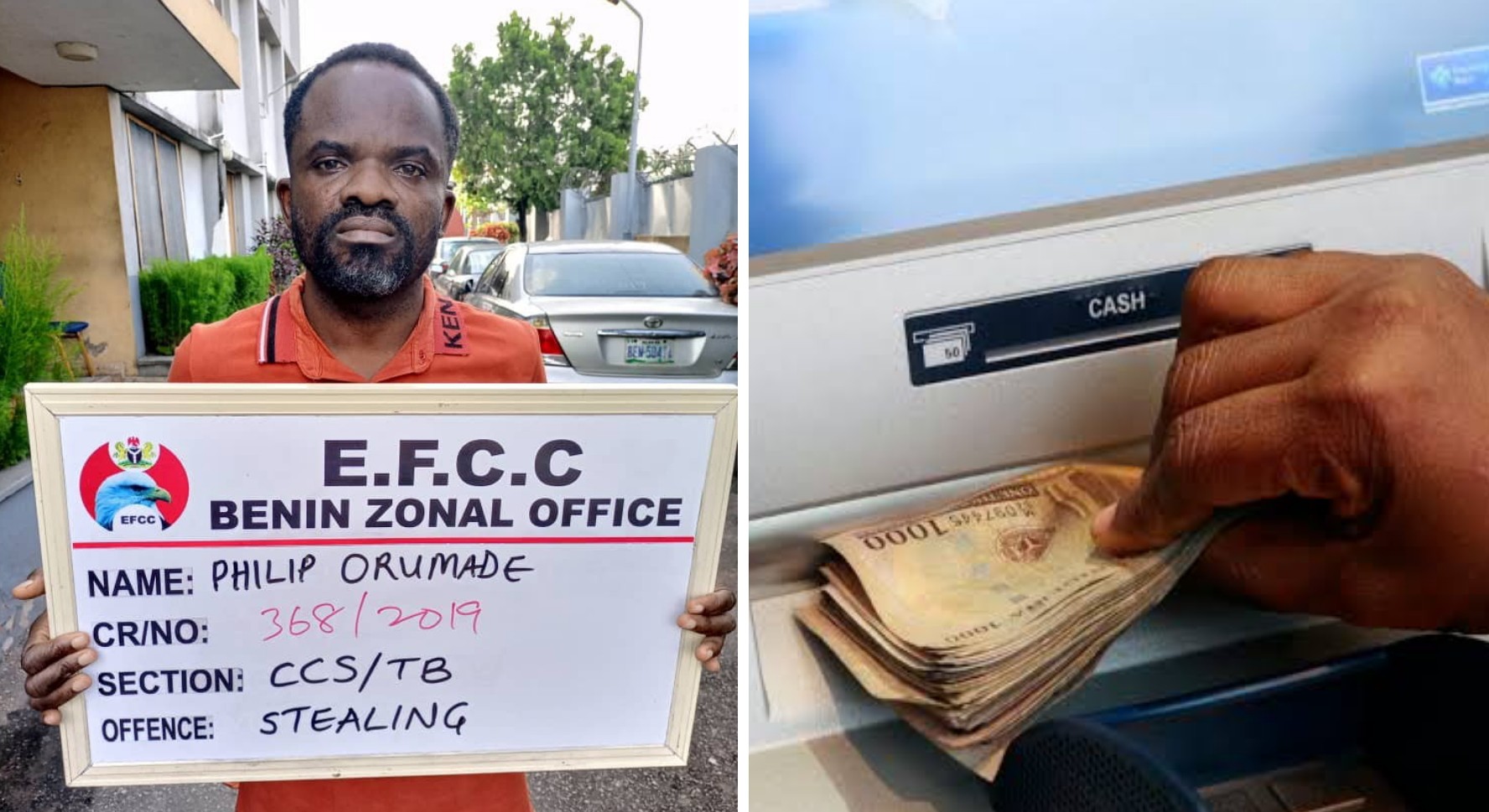 Orumade was alleged to have, sometime in November 2019 while working as a, banker in charge of Automated Teller Machine, stole a cumulative sum of Eighteen Million Nine Hundred and Three Thousand Naira (N18, 903,000) from the machine at Aduwawa branch of First bank of Nigeria.

One of the counts reads: that you Philip Orumade on or about the 2nd day of November 2019 at Aduwawa within the jurisdiction of this Hounourable Court did steal from ATM machines at Aduwawa branch of First Bank Of Nigeria a cumulative sum of Eighteen Million, Nine Hundred and Three Thousand Naira (N18,903,000) property of First Bank of Nigeria Plc, contrary to Section 383 of Bendel State Criminal Code Law (as applicable to Edo State) and punishable under Section 390(7) of the same Law”.

The defendant pleaded not guilty to the charge when it was read to him.
In view of his plea, the prosecution counsel, Ibrahim Mohammed, asked the court to fix a date for trial. However, the defence counsel, Martha Imafu informed the court of a pending motion for bail. She said the offence was bailabĺe and prayed the court to grant her client bail.

Justice Ikponwonba granted the defendant bail in the sum of Five Hundred Thousand Naira with one surety in like sum. The surety should be resident within the jurisdiction of the court.

The case was adjourned until January 27, 2021 for commencement of trial.