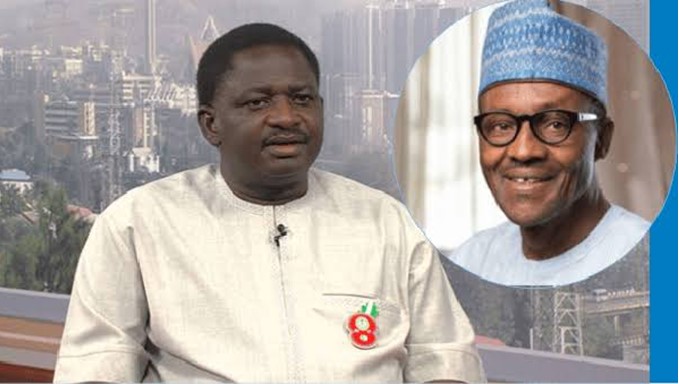 Femi Adesina, Special Adviser on Media and Publicity to the President Muhammadu Buhari has said his principal acted with restraint typical of a father during the #EndSARS protest that rocked the country last month.

The President’s spokesman said had his boss not exercised the tolerance of a father, “we would have been talking of something else in the country”.

He, however, said Buhari would not allow rampaging hoodlums to burn down the country.

Adesina, in a piece on Friday titled, ‘We Have Not Many Fathers’, said the government accepted the five-point demands of the #EndSARS protesters but “the protest was prolonged, and eventually hijacked and misdirected” because the youths didn’t see what the elders saw.

In the piece published on his website, www.femiadesina.com, the spokesman lamented that people the President respected “instigated the protesters to carry on” but “promptly went underground when anarchy ensued”.

Adesina wrote, “All through the EndSARS protest and the riots, mayhem and looting that followed, President Buhari acted like a father. And though we have millions of instructors in this country, we have not many fathers. President Buhari is one.

“The President is by no means a soft man. We remember the man of iron and steel that ruled with iron fist between January 1984 and August 1985, with his kindred spirit, Babatunde Idiagbon. They attempted to knock sense into our heads as Nigerians, but were eventually toppled by people who had less patience for discipline.

“Is President Buhari as hard as he was in 1984? Yes and no. In personal traits and attributes, he remains the unbending iron. But in terms of administration and response to people and situations, he is tempered by democracy, and by time. What he could do by military fiat then, he must pass through democratic due process now.

READ  Why hostility, intolerance, violence persist between Muslims, Christians in Nigeria, by Kaigama

“If President Buhari hadn’t exercised the restraint and tolerance of a father, at a time that even hitherto respected people instigated the protesters to carry on (and they promptly went underground when anarchy ensued), we would have been talking of something else in the country. The rivers of Nigeria could have turned crimson, and mourning and lamentations would have suffused the land. But we are thankful for the father in President Buhari, patient and enduring, almost to a fault.”

Recall that many youths stormed the roads last month to demand police restructuring and good governance. The demonstration turned bloody and looting aftermath.