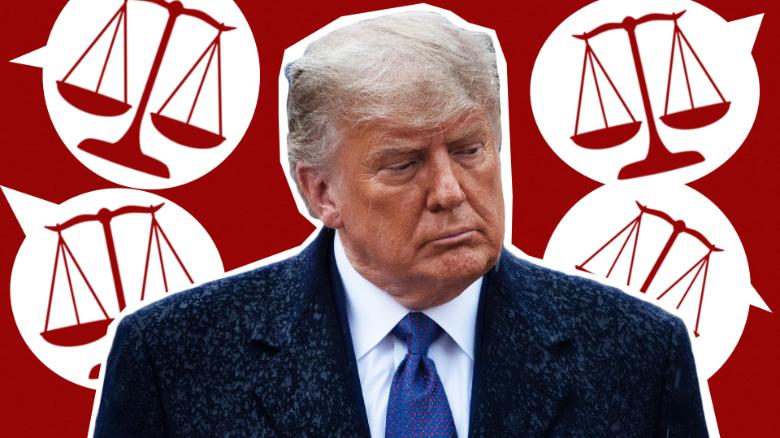 A federal judge dismissed a lawsuit on Thursday brought by President Donald Trump’s campaign regarding a CNN opinion piece that claimed the campaign was open to receiving Russian assistance.

U.S. District Judge Michael L. Brown ruled on Thursday that the campaign had failed to demonstrate “actual malice,” and that therefore the suit should be thrown out.

The campaign filed suits in February and March regarding a series of opinion columns in The Washington Post, CNN and The New York Times, all of which dealt with Russian election interference.

In a column published the following day, Noble argued that Trump was once again inviting foreign interference.

In the CNN case, the campaign took issue with a column by Larry Noble, a former general counsel of the Federal Election Commission. Noble was expressing alarm about a Trump interview with ABC’s George Stephanopoulos on June 12, 2019.

“It’s not an interference, they have information — I think I’d take it,” Trump said in the interview.

“The Trump campaign assessed the potential risks and benefits of again seeking Russia’s help in 2020 and has decided to leave that option on the table,” Noble wrote.

The Trump campaign argued that the statement was false and defamatory, and that the campaign had repeatedly disavowed Russian assistance.

In seeking to dismiss the complaint, CNN argued that Noble was giving his opinion based on the public record, not making a factual assertion. Brown rejected that argument, finding that Noble’s statement constituted a factual claim.

Because Trump is a public figure, the Trump campaign also had to show “actual malice” — that is, that Noble made the statement with reckless disregard for whether it was true. The Trump campaign pointed to a tweet in which Noble had said “Trump cheats and lies, and when caught, lies again and claims the right to make the rules.”

But the judge found that was not sufficient to establish malice.