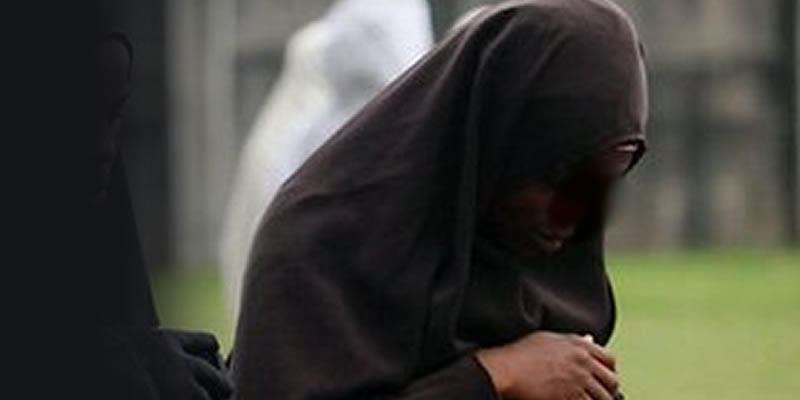 A Muslim girl whose name was given as Sadiya Idris was reportedly abducted by a Kaduna pastor identified as Reverend Jonah Gangers who later converted her to Christianity.

Nigerian Islamic human rights organization, Muslim Rights Concern (MURIC) who raised the alarm called for a speedy trial and arrest and prosecution of the Pastor and his accomplices.

“Sadiya Idris of Tudun Nupawa, Kaduna, was kidnapped in 2013 at the age of eleven by Reverend Jonah Gangers who resides in Barakallahu, Kaduna, and has his church there. The reverend was allegedly aided by a dubious character called Peter. Sadiya was kept against her wish in Rev. Gangers’ house until the suspects felt it was safe enough to move her.

“Rev. Gangers and his accomplices took Sadiya to Plateau State, forcefully and illegally converted her and finally registered her as Christiana Gangers Joseph in a missionary school in the state. The girl was kept in captivity for seven years (2013 – 2020) both in school and also in the reverend’s house in Kaduna during the holidays as she was not allowed to step out alone.

“Sadiya Idris (Christiana Gangers) eventually escaped in 2020 on a day she was sent to the market alone. She remembered her original background and approached Muslims in a mosque in Jos who took her to Kaduna where she guided them to her father’s house. Although Rev. Gangers was arrested, he was granted bail and he is freely roaming the streets of Kaduna.

“MURIC strongly decries this ding-dong affair. Procrastination is the thief of time and justice delayed is justice denied. Both Sadiya’s father and mother went through a long period of trauma. The pain of losing his daughter killed Mallam Idris and the mother, now widowed, is still suffering from the pangs of the horrible seven-year experience.

“Rev. Gangers is digging in. He is abusing the terms of the bail granted to him. We strongly suspect that he is attempting to subvert the course of justice. We also see a fundamental flaw in the handling of this case because no other person was accosted apart from Rev. Gangers.

“We assert that the suspect could not have acted alone. He has accomplices and the longer he remains free the deeper he would dig his bunker. We believe that right now records are being tampered with and pieces of evidence are being obliterated. There may be no more trace of the girl’s attendance in the missionary school in Plateau State by the time the case goes into full swing in the High Court.

“We therefore demand that Rev. Gangers should be re-arrested in order to get details of his accomplices from him. Thereafter, those implicated should be arrested and prosecuted along with the main suspect. Gangers’ claim that Sadiya was lost and he found her is another cock and bull story. Why didn’t he report the case at a police station or an orphanage?

“A dangerous game is playing out in Northern Nigeria. Muslim children are being targeted by Christian groups who kidnap them and take them to distant lands where they are sold to Christian families and forcefully converted.

“It will be recalled that nine Muslim children from Kano were rescued by the police on 11th October, 2019 after they had been kidnapped and forcefully converted to Christianity in Onitsha, Anambra State. There have been other similar cases of kidnapping for Christ. It is shameful that religious institutions are getting involved in criminal and inhuman activities like kidnapping. People like Rev. Gangers must be taught a lesson in order to make the streets safe for children.

“We call on the Kaduna State Ministry of Justice to expedite action on the Sadiya Idris case. All eyes are on the ministry and Nigerian Muslims have already showed keen interest in this particular case. MURIC will not rest until Sadiya Idris, her mother and her deceased father who died without setting his eyes on his beloved daughter, get justice.”