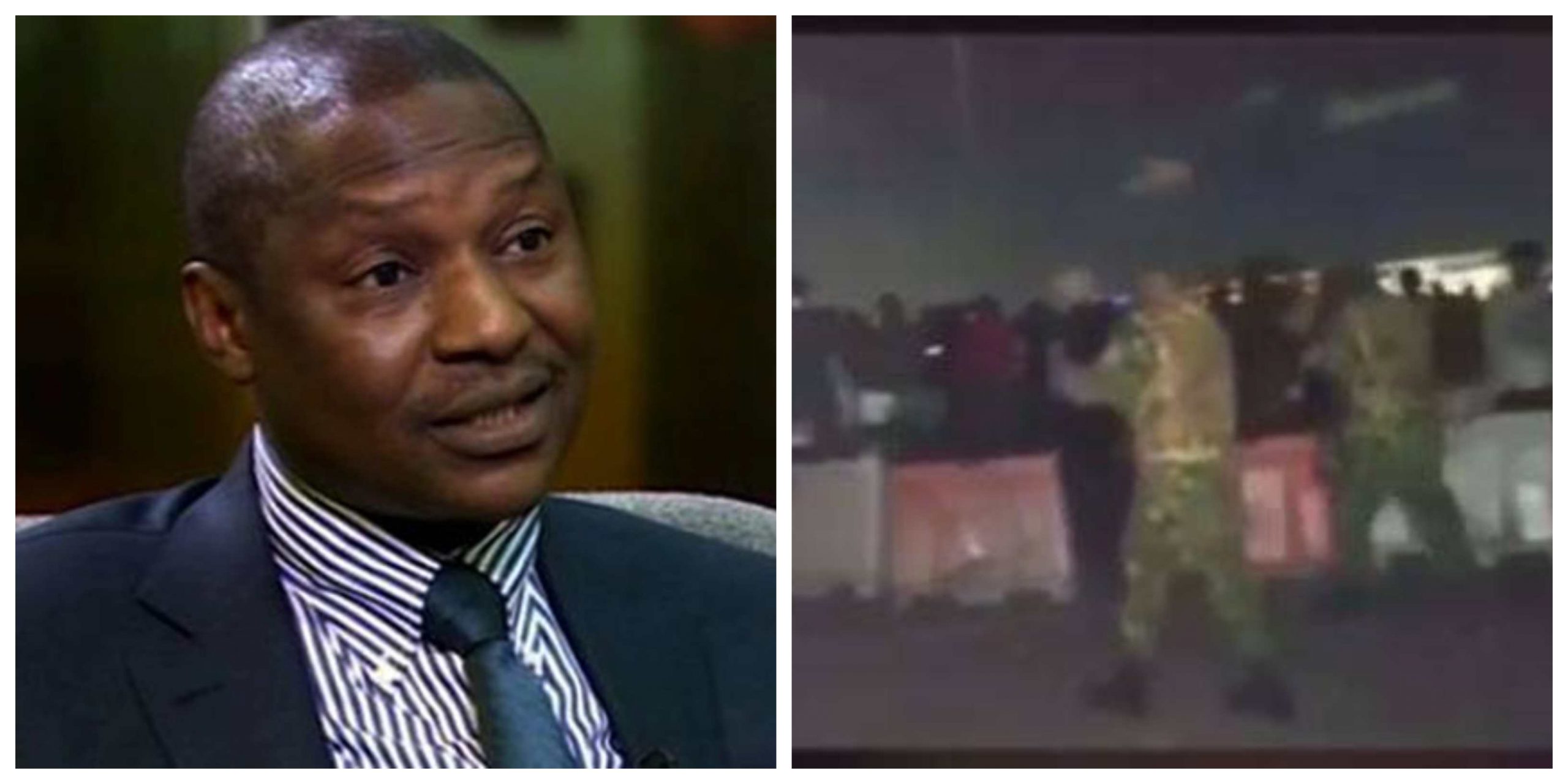 Abubakar Malami, the Attorney-General of the Federation (AGF) and Minister of Justice, has come under attack over his comment on the October 20 shooting at the Lekki toll gate in Lagos, Nigeria’s commercial city.

The Attorney-General of the Federation had said it was likely hoodlums wearing military fatigues, and not soldiers, shot the #EndSARS protesters.

Reacting to AGF Malami’s comment in a statement, the Human Rights Writers Association of Nigeria (HURIWA), described Malam’s statement as: “an unwarranted irritation and an aggressive form of insults and lack of respect for the innocent peaceful protesters in Lekki Toll Gates Lagos who were on 20th October 2020 despatched to the great World beyond by Men and officers of the military paid with taxpayers money to defend the territorial integrity of Nigeria”.

The Human Rights group called on AGF Malami to apologise and resign now that: “it has become authoritatively unambiguous that Nigerian Army indeed were deployed to the LEKKI Toll Gates Lagos on October 20th, 2020 because according to the Rights group, that attempt by the Federal Attorney General to use sophistry to seek to create confusion around the circumstances surrounding the massacre that characterized the deployment of armed soldiers on the ground of the peaceful protests in LEKKI Toll Gates Lagos in which undetermined number of Nigerians may have been killed in the ensuing gun shots unleashed allegedly by the soldiers on peaceful protesters in LEKKI Toll Gates Lagos”.

In a statement by its National Coordinator, Comrade Emmanuel Onwubiko, HURIWA said: “It was disingenuous that the minister of justice Abubakar Malami tried to spread confusion by suggesting the possibility that soldiers never got deployed to the LEKKI Toll Gates Lagos because according to Reuters, Malami told journalists on last Monday in Abuja that investigation is underway to ascertain what truly happened at the Lekki tollgate just as Malami said it was “pre-emptive” to conclude that there had even been shootings, adding that “hoodlums” may have been hired to create a scene.

“The Federal Attorney General and minister of justice Abubakar Malami then proceeded to assert thus: “You cannot rule out the possibility of perhaps hoodlums that set in to create a scene… could equally partake in the process,” the AGF reportedly said.

“HURIWA recalled that the Army has now made it unambiguous that indeed soldiers and not hoodlums as suggested by Abubakar Malami SAN indeed invaded the vicinity of the peaceful protests at the LEKKI Toll Gates Lagos just as the Army in its testimony before a judicial inquisition in Lagos maintained that there was no massacre at the Lekki toll gate as no live ammunition was used on the #EndSARS protesters. The army also denied taking dead bodies away”.