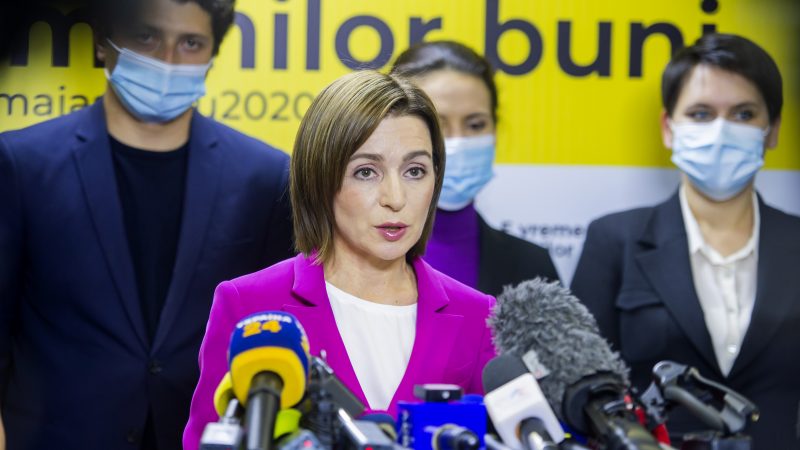 Sandu, who lost the presidential election in 2016 to Dodon by just 70,000 votes, was buoyed by huge turnout by the 1.2 million-strong Moldovan diaspora that chose her over Dodon in the first round on November 1 and turned out in force again on Sunday.

Moldova, a former Soviet republic of 3.5 million people sandwiched between Romania and Ukraine, is the poorest nation in Europe, and hundreds of thousands of its citizens have moved overseas for work and opportunities in recent years.

In 2015, the country was rocked by a massive corruption scandal under which one billion dollars disappeared from the coffers of three national banks.

Speaking on election day, Sandu said: “Today, you have the power to punish those who stole you, who reduced you to misery and forced to leave your house.”

Sandu, 48, is a former prime minister of Moldova and leader of the Action and Solidarity party and known for her pro-European stance and support in Brussels and European capitals. By contrast, Dodon was endorsed by Vladimir Putin and has moved the country closer to Russia since 2016.

In the run-up to the poll, there had been concerns about voter fraud, not least in the breakaway region of Transnistria, where in previous elections thousands of residents have been transported across the border with Moldova to vote for pro-Russian candidates.

On Sunday, veterans of the war between Moldova and Transnistria in 1992 were patrolling the roads that separate the two territories to ensure that buses were not bringing voters over the border. A ban on vehicles carrying more than eight people was brought in by the authorities on election day.

In recent months, Dodon has been the favourite to win the election due to Moldova’s heavily partisan media, with the majority of TV channels and news outlets controlled by pro-Moscow parties. Moldova’s Russian-speaking minority was expected to vote heavily for Dodon.

But on November 1, Sandu won 36% of the vote to Dodon’s 33%, suggesting that her campaign had genuine momentum.

Outside of Moldova, the election has been interpreted as a referendum on the country’s direction, with Dodon representing closer links with Russia and Sandu with the EU. In recent days, Vladimir Putin endorsed Dodon, who has visited Russia dozens of times since 2016.

But in Moldova – and in the diaspora – the major election issues have been economic rather than geopolitical. Like the rest of Europe, the country has been battered by the coronavirus and the restrictions imposed to prevent its spread have dealt a heavy blow to its economy.

Nevertheless, a Sandu victory will likely be received warmly in Europe, with which Moldova signed an association agreement in 2014.

It is only the second time in Moldova’s modern history that the president has been elected by popular vote, before 2016 it was parliament that chose the candidate for the role.

Turnout was down on 2016, according to the country’s Central Election `Committee, at just below 53% compared to 53.3% four years earlier.