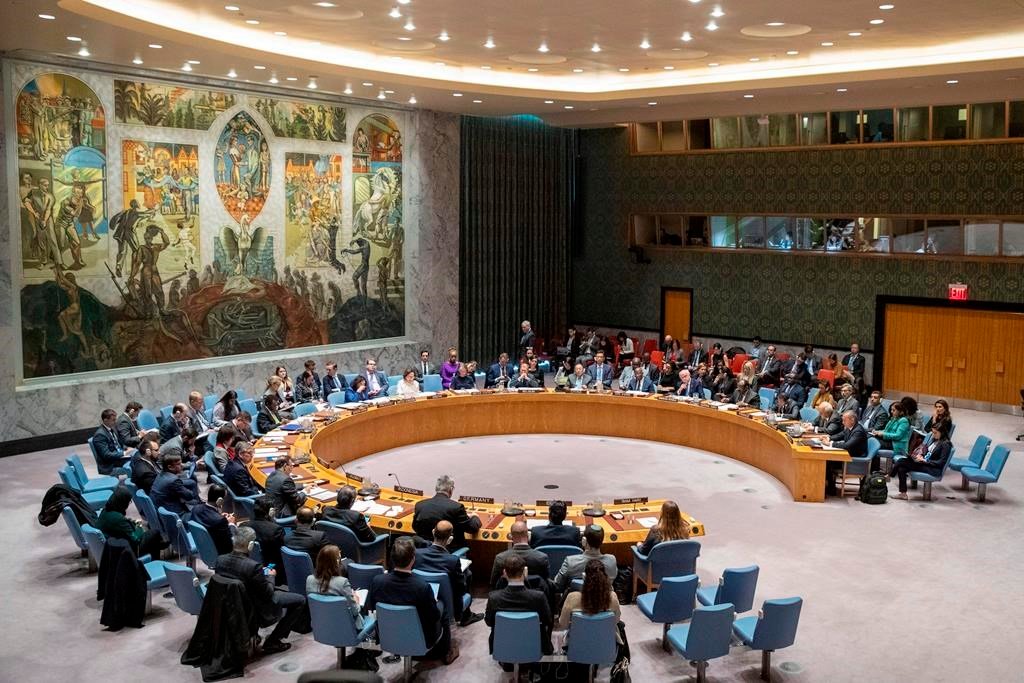 UN General Assembly president Volkan Bozkir on Monday criticised the Security Council, saying it was failing to respond to the world’s biggest challenges due to “competing interests.”

“The council has, on many occasions, failed to carry out its responsibility to maintain international peace and security,” Bozkir, a Turkish diplomat, said at a debate on reforming the body.

“Competing interests among its members and frequent use of the veto have limited the Security Council’s effectiveness. Even in some of the most urgent humanitarian crises, the council could not provide a timely and adequate response.”

There has been growing criticism of the body, which has not been reformed in decades, with France’s President Emmanuel Macron saying in a recent interview with Le Grand Continent that it “no longer produces useful solutions.”

Bozkir said reform of the Security Council was “an unavoidable imperative — both challenging and essential.”

Since the outbreak of the Covid-19 pandemic, the Security Council has held few meetings devoted to the virus.

It took more than three months to overcome friction between the United States and China to pass a resolution on July 1 calling for more international cooperation and to support a call by the secretary-general for a ceasefire in war-torn countries to help fight the disease.

During the debate on reform, the 193 UN members discussed the right to veto, the privilege of the five permanent members of the Security Council (United States, China, Russia, France and United Kingdom), enlarging the forum and its regional balance.

Russia, which has used its veto 15 times since 2011 on the Syrian dossier alone, and the US do not wish to see that power reduced.

“The United States remains open, in principle, to a modest expansion of the Security Council,” said American diplomat Ngoyi Ngoyi. But “this must be pursued in a way that will not diminish the Security Council’s effectiveness, or its efficiency, and will not alter or expand the veto.”

Deputy Russian ambassador Anna Evstigneeva argued that “ideas leading to the erosion of the prerogatives of the permanent members of the Security Council, including the right to veto, are unacceptable.”

Using the veto, or even the threat of using it, “have repeatedly prevented the United Nations from becoming associated with dubious companies,” she added.

Later, Chinese ambassador Zhang Jun criticised an “over-representation of developed countries” and called for a larger presence of small and medium nations, particularly African ones.

The Security Council, which can decide on international sanctions and the use of force, has 15 members. In addition to the five permanent nations, it has 10 non-permanent members elected for two-year terms.

Germany is a candidate for another permanent seat on the Council, along with Brazil, Japan and India. Africa is seeking two spots but has yet to identify potential future beneficiaries.