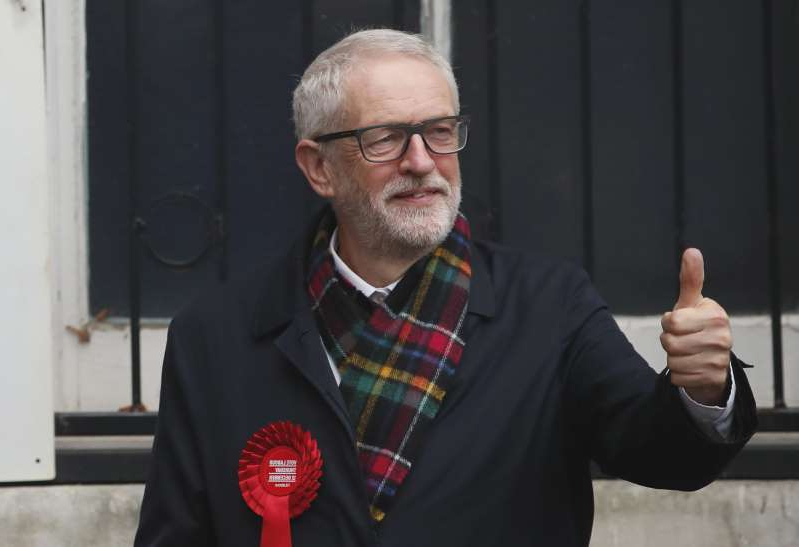 Former Labour leader Jeremy Corbyn said he was reinstated to the UK opposition party after being suspended following an investigation into anti-semitism in the party.

Corbyn was suspended at the end of October after the Equality and Human Rights Commission (EHRC) said the party was “responsible for unlawful acts of harassment and discrimination”.

Labour was plagued by accusations of anti-Semitism during the leadership of Corbyn, who stepped down after losing the last election.

In reaction to the investigation, Corbyn had said the “scale of the problem” was “dramatically overstated for political reasons by our opponents inside and outside the party, as well as by much of the media.”

He was suspended shortly after he made the comments.

Labour leader Keir Starmer tweeted after Corbyn’s reinstatement that the former leader’s remarks in response to the EHRC report were “wrong and completely distracted from a report that identified unlawful conduct in our tackling of racism within the Labour Party. This should shame us all.”

“I will not allow a focus on one individual to prevent us from doing the vital work of tackling antisemitism,” Starmer continued.

Labour MP Margaret Hodge said it was a “broken outcome from a broken system.”

“I simply cannot comprehend why it is acceptable for Corbyn to be a Labour MP if he thinks antisemitism is exaggerated and a political attack, refuses to apologise, never takes responsibility for his actions & rejects the findings of the EHRC report. Ridiculous,” Hodge tweeted.

After his reinstatement, Corbyn said the “movement must now come together to oppose and defeat this deeply damaging Conservative government.”