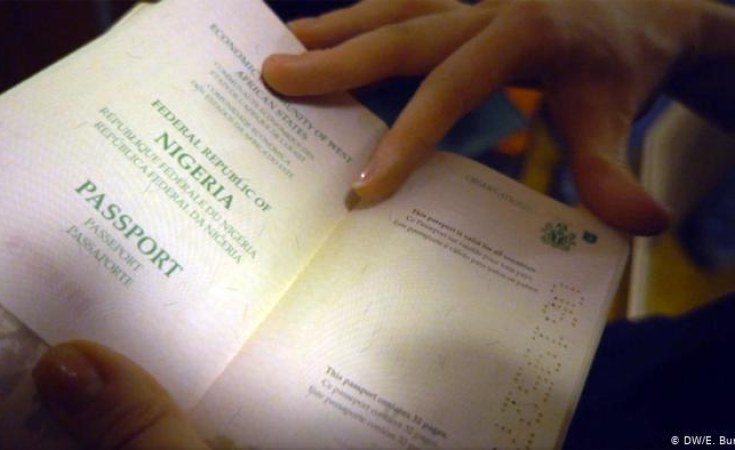 A senior security official who allegedly solicited sex from a woman before renewing her passport has been suspended by the Nigerian Embassy in Germany.

In a viral video, the official identified as “Mr Martin” was caught with his pants off in a hotel room after he had allegedly asked the unnamed lady to have sex with him before he could release the passport.

The voice behind the camera accused Martin of several unwanton sexual encounters he had in the past in exchange for delivering his official duty.

“Your cup is full, Martin. Your time is up,” the voice said.

A few hours after the video surfaced online on Tuesday, the embassy announced the suspension of the official who works as local staff in the security unit “with immediate effect.”

While it did not give his name for “legal reasons,” the embassy noted how the official had been in connection with allegations of sexual abuse and “other serious criminal activity in return for official services”.

The Nigeria’s Ambassador in Germany Yusuf Tuggar said the embassy had opened an investigation into the matter as no form of abuse would be condoned.

“When due process is complete, any guilty party can expect to face the full weight of the law. Our heartfelt sympathies are with any innocent victims of abuse,” Mr Tuggar said.

READ  GRAPHIC PHOTOS: Lady Killed, Body Stacked In A Bag And Dumped On Road By Suspected Ritualists In Abia
Share this Post[?]