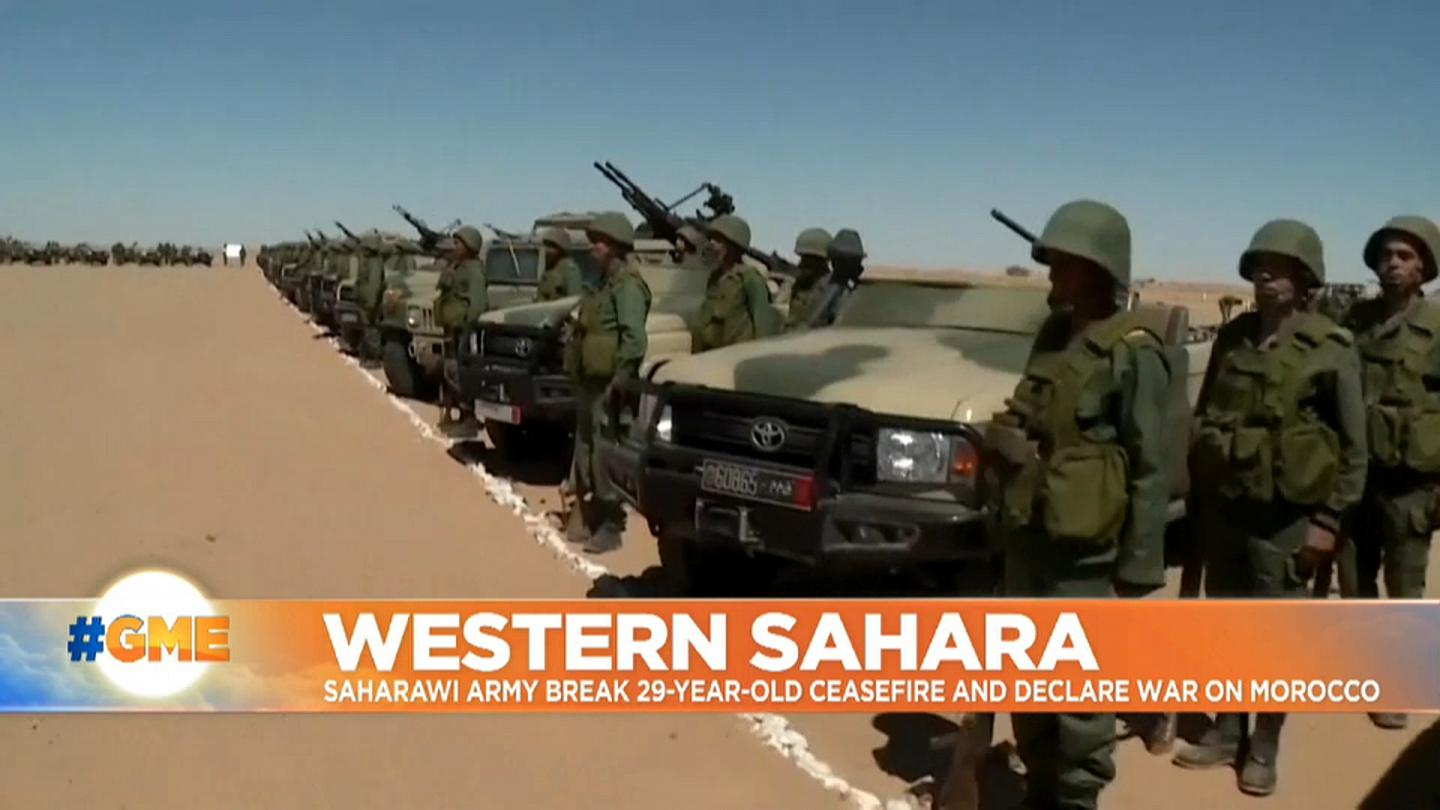 Known to some as Africa’s last colony, nearly 80 per cent of Western Sahara was annexed by Morocco back in 1975. A smaller area is controlled by the self-proclaimed Sahrawi Arab Democratic Republic, a liberation movement of Saharan people. At the weekend, their army broke a 29-year-old ceasefire and declared war on Morocco.

It may look like a vast desert by the Atlantic but the region is rich in phosphate, fishing banks and it is believed to have offshore oil deposits. After the departure of Spanish colonial power in the 1970s, Morocco annexed over three-quarters of Western Sahara. Supported by Algeria, the Polisario Front is the national liberation movement of the Saharawi people which controls the rest.

In 1991, the UN-brokered a cease-fire between Moroccans and Sahrawis and established a peacekeeping mission that would help set a referendum on the territory’s future. But it has never taken place.

“The announcement from the Polisario Front came after the Moroccan army launched an operation to unblock the Guerguerat pass, a United Nations–patrolled buffer zone, which had been blocked for three weeks by Saharawi activists.”

Meanwhile, the UN and the European Union are calling for the respect of the ceasefire to not revive a conflict that has been frozen for decades.