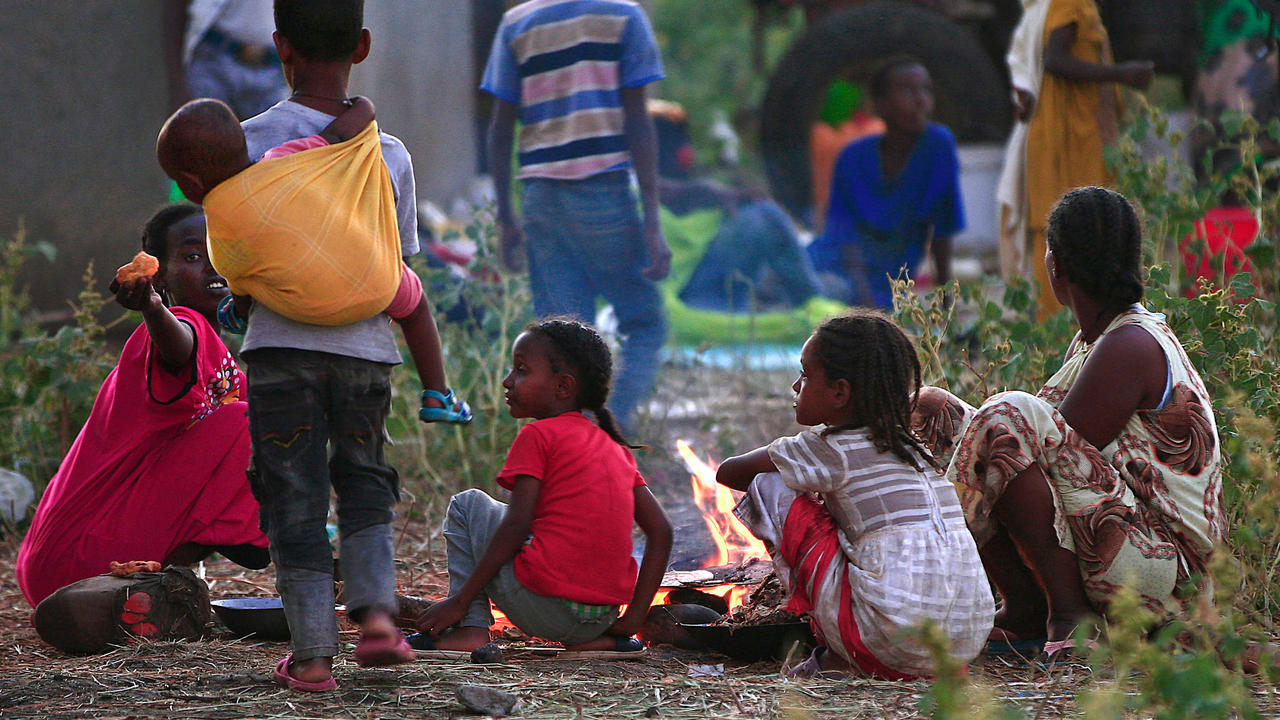 Both sides in Ethiopia’s raging internal conflict claimed military successes on Wednesday, creating a muddied picture of fighting even as the government promised it would soon be over.

Behind the rival claims, the region’s refugee crisis amplified as Sudan reported 36,000 people had now streamed across its borders to escape the violence.

A communications blackout in Tigray, where Prime Minister Abiy Ahmed ordered military operations on November 4, has made it hard to get a clear view of hostilities now entering their third week.

“We’re inflicting heavy defeats on all fronts against the forces that came to attack us,” Tigrayan leader Debretsion Gebremichael said in a statement, referring to federal forces.

“I call upon all the Tigrayan people to go out en masse to drive out the invaders,” he added.\

But army chief Berhanu Jula said his forces were “winning on all fronts” and the Tigray People’s Liberation Front (TPLF) was “in a state of desperation.”

“The TPLF’s plan to drag Ethiopia into civil war and tear it apart has failed. It is currently in a desperate mode as it is surrounded,” Berhanu said.

The federal police late Wednesday announced arrest warrants for 76 army officers, some retired, accused of conspiring with the TPLF and “committing treason”.

It dramatically escalated his long-running feud with the TPLF, an organisation that dominated Ethiopian politics for nearly three decades before Abiy took office in 2018.

READ  BREAKING: AIT Back On Air

Tensions ramped up after Tigray held its own elections in September — defying a nationwide ban on polls because of coronavirus — and tried to brand Abiy an illegitimate ruler.

The number of Ethiopians fleeing the fighting has reached 36,000, Sudan’s refugee commission said, hiking its previous figure, issued on Tuesday, of 27,000.

A new camp will be built at Um Tinetba in Gedaref state to cope with the influx, commission head Abdulla Soliman told AFP.

The UN has warned of “a full-blown humanitarian crisis” as aid organisations negotiate with the government to gain full access to Tigray.

Hundreds of combatants are said to have died, but casualty totals so far are rough estimates.

The International Committee of the Red Cross (ICRC) said Wednesday that the Ethiopia Red Cross Society had “transported hundreds of people injured in areas affected by clashes.”

One hospital in the Amhara city of Gondar “has been receiving large numbers of critically injured patients with more than 400 treated so far in the facility,” the ICRC said.

Abiy has resisted international pressure for a cessation of hostilities.

He says mediation can only happen when the TPLF is disarmed and its leaders arrested.

Demeke Mekonnen, Ethiopia’s deputy prime minister and foreign minister, has been delivering that message to regional leaders this week, with stops in Uganda, Kenya and Rwanda.

On Tuesday Abiy announced that “in the coming days, the final law enforcement activities will be done.”

His government later claimed to be marching on the regional capital, Mekele, and to hold the town of Mehoni 125 kilometres (78 miles) to the south.

Clashes were reported for a second day Wednesday in the northern town of Shire, where camps house thousands of Eritrean refugees.

A senior Tigrayan official, Wondimu Asamnew, said in an email that Tigrayan forces “have adopted a defensive posture on all fronts”.

Wondimu said that in addition to the Ethiopian miliary, TPLF-aligned forces were facing off against militias from Amhara region, south of Tigray, and soldiers from Ethiopia’s neighbour to the north Eritrea, with fighting spilling over into Eritrean territory.

Ethiopia has denied TPLF claims that Eritrean soldiers are directly involved in the conflict.

The TPLF over the weekend fired rockets at the airport in the Eritrean capital Asmara, heightening fears Ethiopia’s conflict could draw in the wider Horn of Africa region.

Federal forces say they already control Tigray’s western zone, which saw heavy fighting at the start of the conflict.

The government has accused the TPLF of destroying four bridges leading into Mekele.

In an interview with German television network DW on Tuesday, Defence Minister Kenea Yadeta said the conflict would end “probably within less than 10 to 15 days.”

But diplomats say it is far from clear that federal forces can secure a swift victory, especially as fighting shifts from lowlands to more mountainous terrain.

The TPLF has considerable military assets and an estimated 250,000 troops, including a paramilitary force and local militia.

Ethiopia’s military is estimated at 150,000 troops, a figure that does not include special forces and militias.