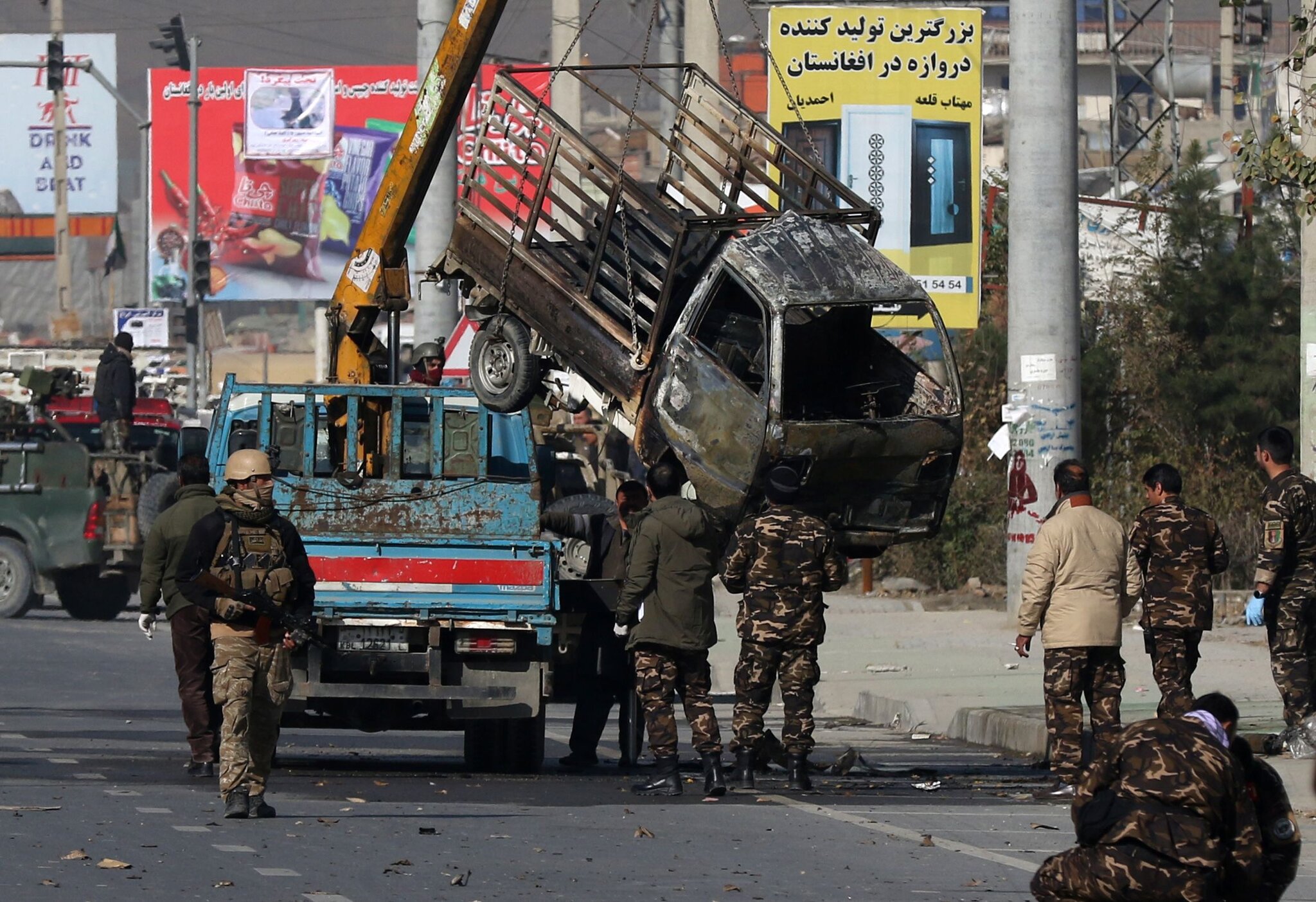 At least eight people were killed Saturday when a barrage of rockets struck densely populated parts of Kabul, marking the latest large attack in a wave of violence sweeping the Afghan capital.

The salvo slammed into various parts of central and north Kabul – including in and around the heavily fortified Green Zone that houses embassies and international firms – just before 9am (0430 GMT).

The Iranian embassy said on Twitter that its main building had been hit by rocket fragments after a missile landed on the premises. No one on the compound, located just outside the Green Zone, was wounded.

The Islamic State group claimed responsibility for the deadly rocket attacks Saturday in a statement on its Telegram channels.

“Based on initial information, eight people were martyred, and 31 others were wounded,” Arian said, noting the final toll would change.

One of the rockets fired this morning, landed at our Embassy compound. Fortunately, there were no casualties and all Embassy's staff are in good health. #Afghanistan pic.twitter.com/V1knDZmIeG

The Taliban denied responsibility, saying they “do not blindly fire on public places”.

At least one rocket landed in an office inside the Green Zone, but did not explode.

Photos and videos circulating online showed several buildings with damaged walls and windows, including at a large medical complex.

Recent large attacks in Kabul, including two horrific assaults on educational institutions that killed nearly 50 people in recent weeks, follow a familiar pattern in the aftermath, with the Taliban denying any involvement while the Afghan government pins the blame on them or their proxies.

“The rocket attack in Kabul city has nothing to do with the mujahideen of the Islamic Emirate,” Taliban spokesman Zabihullah Mujahid said, using the insurgents’ name for Afghanistan.

The Taliban are under pressure not to attack urban areas, having pledged not to do so under the terms of a US withdrawal deal signed in February.

(1/2) I condemn this morning’s rocket and IED explosions in Kabul. Afghans should not have to live in terror. My condolences to the victims and those families of those killed and wounded.

Any acknowledgement of overt involvement in such incidents could in theory slow the American pull-out, though outgoing US President Donald Trump has made clear he wants US forces out regardless of the situation on the ground.

Taliban and Afghan government negotiators launched peace talks in Doha in September, but progress has been slow and violence has raged across Afghanistan regardless.

Officials told AFP on Friday however that a breakthrough was expected to be announced in the coming days, and the US State Department announced late Friday that Secretary of State Mike Pompeo would meet negotiators from the Taliban and the Afghan government in Doha.

Trump has repeatedly vowed to end “forever wars”, including in Afghanistan, America’s longest-ever conflict, which began with an invasion to dislodge the Taliban following the September 11, 2001 attacks.

President-elect Joe Biden, in a rare point of agreement with Trump, also advocates winding down the Afghanistan war although analysts believe he will not be as wedded to a quick timetable.

Earlier this week, the Pentagon said it would soon pull about 2,000 troops out of Afghanistan, speeding up the timeline established in a February agreement between Washington and the Taliban that envisions a full US withdrawal by mid-2021.

In the past six months, the Taliban has carried out 53 suicide attacks and 1,250 explosions that have left 1,210 civilians dead and 2,500 wounded, Arian said this week.

The interior ministry said two small “sticky bomb” explosions had been reported earlier Saturday morning, including one that hit a police car, killing one policeman and wounding three others.