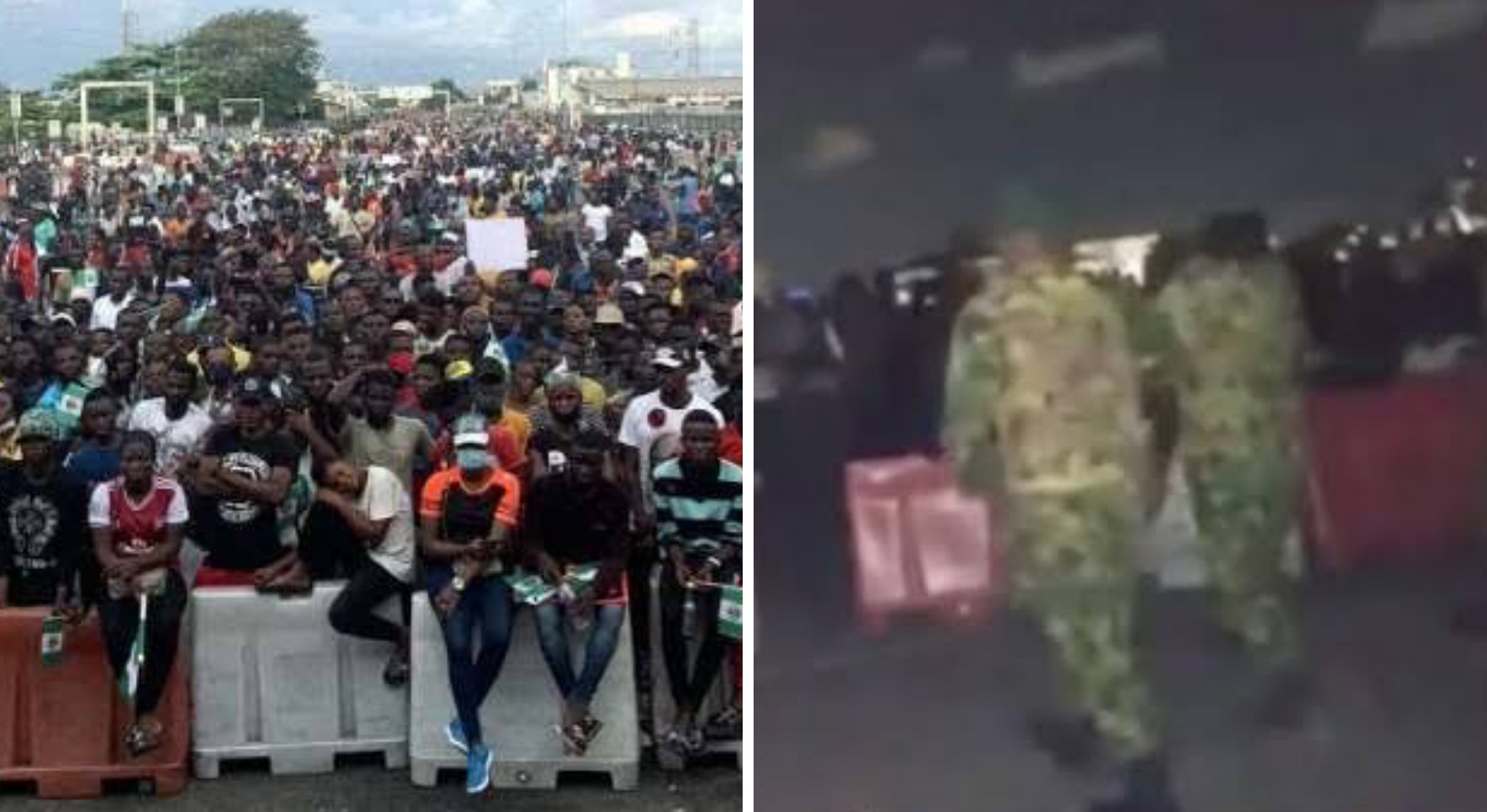 Brig. Gen. Ahmed Taiwo, the Commander of the 81 Division of the Nigerian Army, has revealed what Lt.- Col. S.O. Bello and Brig.-Gen. F.O. Omata did during the shooting at the Lekki Toll Gate in Lagos State.

Following the End SARS protest, soldiers had reportedly shot and killed peaceful protesters at the Lekki toll gate on October 20, 2020. The army insists its men only fired blank bullets into the air to disperse the crowd.

But a CNN investigation indicted the army of firing live bullets directly into the crowd of protesters, reportedly killing some and wounding many.

Speaking as a military witness during cross-examination at the Lagos State Judicial Panel of Inquiry for Restitution, on Saturday in Lagos State, Taiwo said Bello who was the Commander on the ground had given the order for the soldiers to shoot in the air.

According to Taiwo, Bello was the Commanding Officer of the 65 Battalion which was at the Lekki tollgate on the fateful day and Omata was also present at the scene with him.

He said: “When I called Bello he said that while they were being deployed, they were attacked by hoodlums and they released some shots into the air.

“Bello had arrived the scene first before Omata, as the whole 81 Division Garrison had been given the mandate to secure the whole Eti-Osa corridor.

“Omata had left Obalende to meet up with Bello and patrol the whole area.”