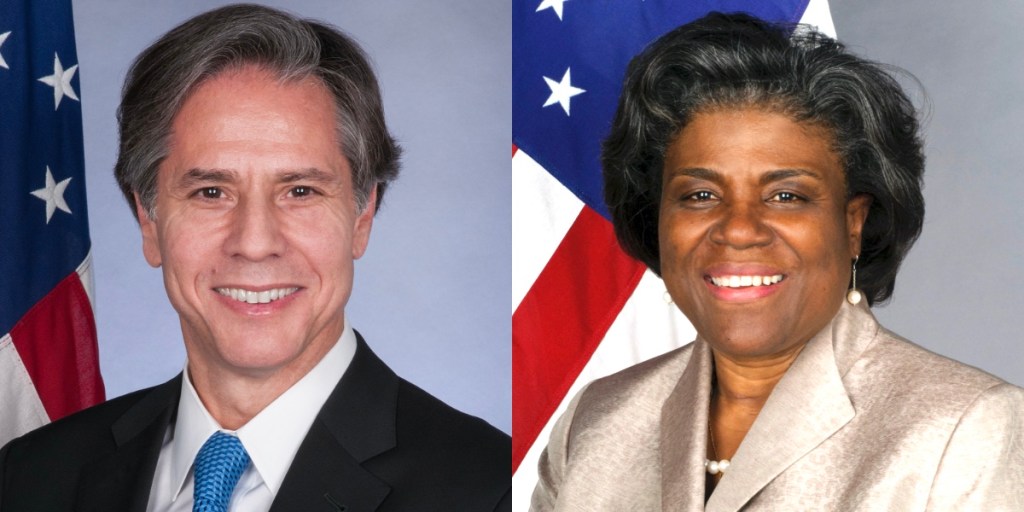 Joe Biden is planning to announce that he has chosen Antony Blinken as secretary of state and Linda Thomas-Greenfield as his nominee for ambassador to the United Nations, according to a person close to the president-elect’s team.

Blinken is a longtime Biden confidant who served as No. 2 at the State Department and as deputy national security adviser in President Barack Obama’s administration, in which Biden served as vice president.

Blinken, 58, has long touted the view that the United States needs to take an active leadership role in the world, engaging with allies, or see that role filled by countries like China with contrary interests.

“As much of a burden as it sometimes seems to play … the alternative in terms of our interests and the lives of Americans are much worse,” he said in an interview with Reuters in October.

People familiar with his management style describe Blinken as a “diplomat’s diplomat,” deliberative and relatively soft-spoken, but well-versed in the nuts and bolts of foreign policy.

After Democratic presidential nominee Hillary Clinton lost the 2016 election to President Donald Trump, Blinken became one of the founders of WestExec Advisors, a Washington consultancy advising corporations on geopolitical risks.

READ  Oprah Winfrey speaks on running for US presidency in 2020

He joined Democratic President Bill Clinton’s White House as a speechwriter and became one of his national security aides.

Under Obama, Blinken worked to limit most US combat deployments to small numbers of troops. But he told Reuters last year that Trump had “gutted American credibility” with his pullback of US troops in Syria in 2019 that left Kurdish US allies in the lurch in their fight against Islamic State.

On the campaign trail, Blinken was one of Biden’s closest advisers, even on issues that went beyond foreign policy.

That trust is the product of the years Blinken worked alongside Biden as an adviser to his unsuccessful 2008 presidential campaign, as national security adviser early in his vice presidency and as the Democratic staff director of the Senate Foreign Relations Committee when Biden was chair.

The appointment of Thomas-Greenfield, a Black woman who held a top diplomatic post in the administration of former President Barack Obama, was intended to restore morale and help fulfill Biden’s pledge to choose a diverse Cabinet, Axios, which first broke the news, reported.

Thomas-Greenfield is the “leading contender” for the job, CNN reported.

Thomas-Greenfield served as the US Assistant Secretary of State for Africa under Obama, from 2013 to 2017. She led US policy toward sub-Saharan Africa during tumultuous events such as the massive Ebola outbreak in West Africa.

After leaving the State Department, Thomas-Greenfield took a senior leadership position at former Secretary of State Madeleine Albright’s global strategy company, Albright Stonebridge Group. She is currently on leave from the company, according to her page on its website.