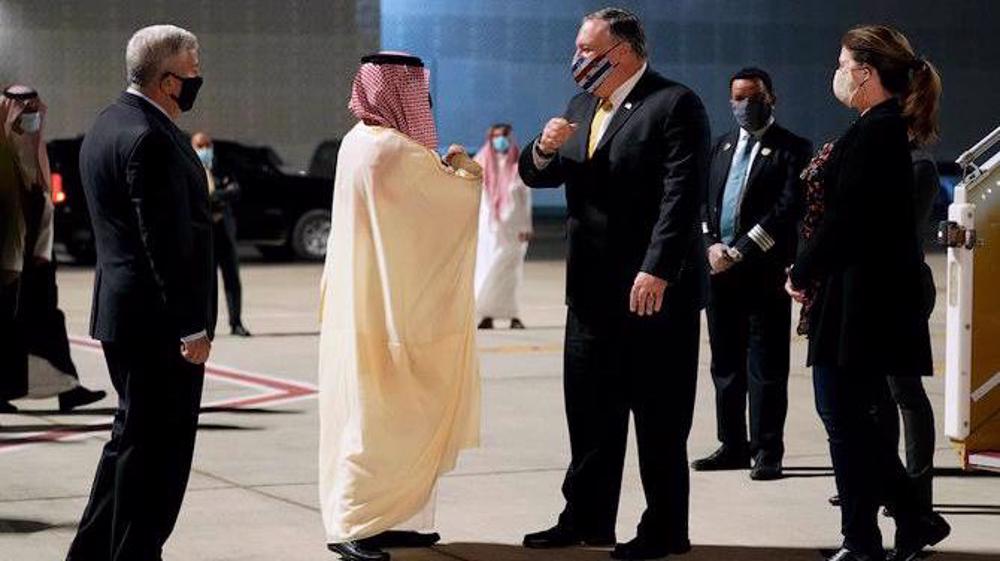 “The very fact the meeting happened, and was outed publicly, even if half-officially right now, is a matter of great importance,” Gallant told Army Radio when asked about Sunday’s visit.

Saudi officials have not confirmed Israeli media reports of the meeting, which occurred during Pompeo’s visit to the oil-rich Gulf kingdom and staunch Iran foe.

Earlier Monday, Israel’s Kan public radio and ArmyRadio reported that Netanyahu and the head of the Mossad spy agency Yossi Cohen “flew yesterday to Saudi Arabia, and met Pompeo and MBS in the city of Neom”, referring to Prince Mohammed’s initials.

Avi Scharf of Israel’s Haaretz newspaper published aviation tracking data showing that a business jet had made a brief trip from Tel Aviv to Neom, on Saudi Arabia’s Red Sea coast, where Bin Salman and Pompeo had a scheduled meeting on Sunday.

A Gulfstream IV private jet took off just after 1740 GMT from Ben-Gurion International Airport near Tel Aviv, according to data from website FlightRadar24.com. The flight traveled south along the eastern edge of the Sinai Peninsula before turning toward Neom and landing just after 1830 GMT, according to the data. The flight took off from Neom around 2150 GMT and followed the same route back to Tel Aviv.

READ  Obasanjo explains why he travelled to 97 countries as president

Pompeo traveled with an American press pool on his trip throughout the Mideast, but left them at the Neom airport when he went into his visit with the crown prince.

Officially, no ties between Israel and Saudi Arabia

Pompeo has tried to coax the Gulf powerhouse to follow its neighbours, the United Arab Emirates and Bahrain, in establishing formal relations with Israel — a rapprochement built largely on shared concerns about Iran.

Riyadh has so far declined to normalise ties with Israel, saying Palestinian statehood goals should be addressed first.

But the Saudis have allowed Israeli airliners to overfly their territory to newly available Gulf destinations and to Asia.