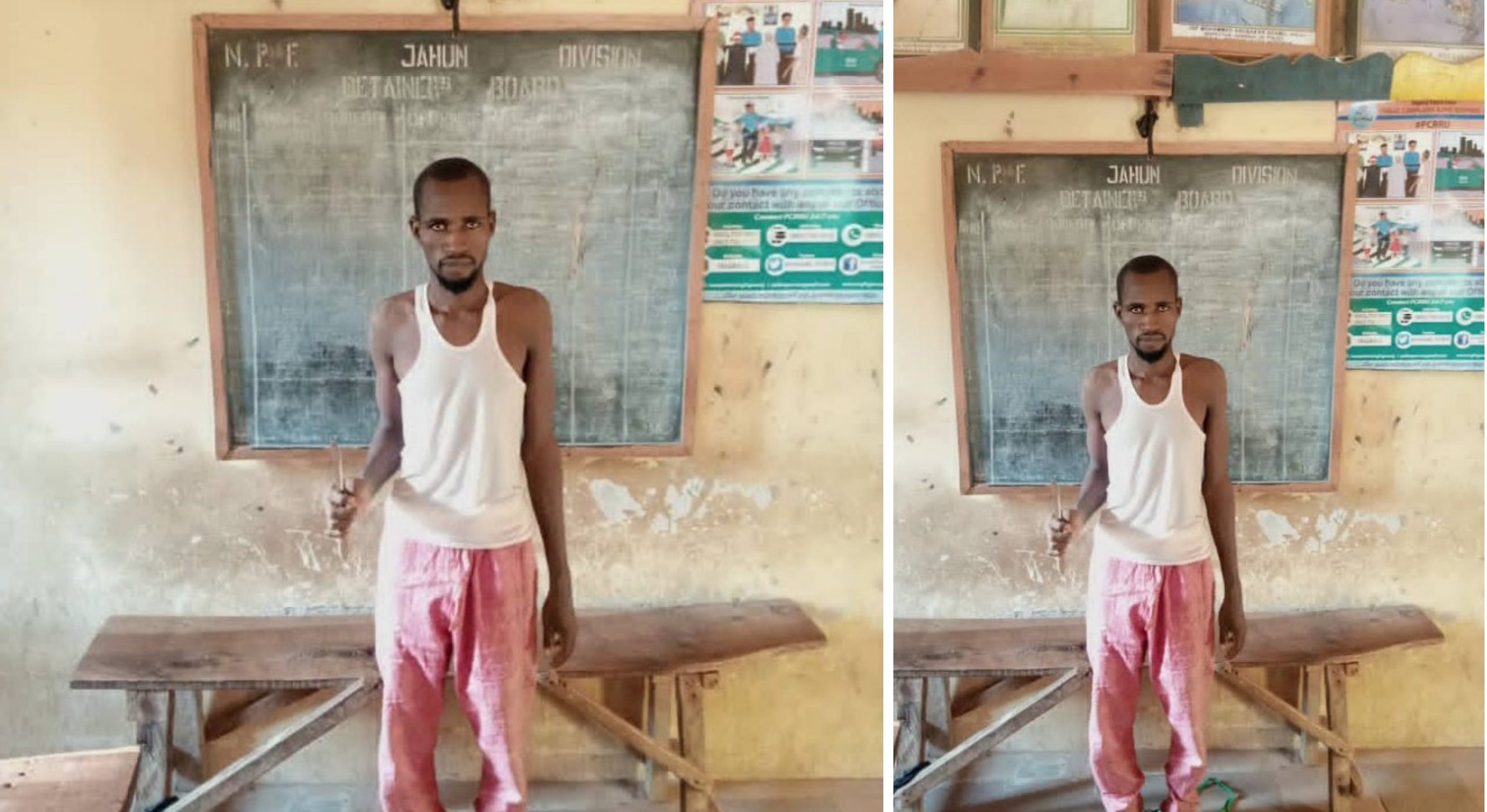 Residents in the community said that the father, who is suffering from psychiatric problem, took his son into his room and slit his throat to death.

He said the suspect allegedly killed his son with knife at about 9:00 a.m on Monday.

Jinjiri said police investigation revealed that the suspect is suffering from psychiatric problem from time to time.

He explained that after receiving the report, the Police in the area rushed to the scene and arrested the suspect.

Jinjiri said an exhibit was recovered from the suspect and the corpse was taken to hospital where it was confirmed dead by a medical doctor.