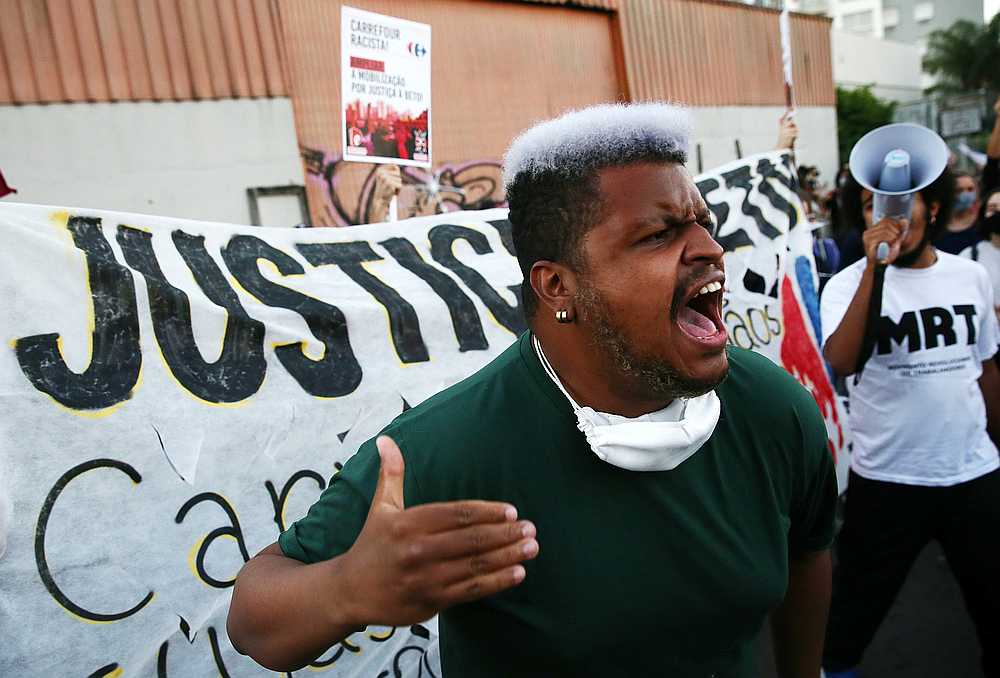 Brazilian police on Tuesday arrested the supervisor of a Carrefour supermarket in Porto Alegre where security guards beat a black man to death, and accused her of collaborating with the killers.

“She had authority over the two guards,” and because of that “the law sees her as a homicide co-conspirator,” Pitrez said at a press conference, as cited by the news site UOL.

Pitrez has asked that the woman be temporarily jailed.

Alves Dutra appears in a video that went viral standing by as Silveira Freitas is punched in the face and head in the supermarket parking lot by one security guard as the second guard restrains him.

According to the preliminary investigation Silveira Freitas was beaten for more than five minutes before being immobilised by his attackers and dying of asphyxiation.

Both security guards have been arrested.

Alves Dutra, who also was seen recording the incident, apparently lied to police in her initial account, saying that she did not hear Silveira Freitas pleading for help.

She also claimed that one of the guards was a store customer, hiding the fact that he was a Carrefour employee.

According to Globo TV, citing the supervisor’s initial account to police of the incident, Alves Dutra claimed that she asked the guards several times to release the Black man.

However in parts of the video she instead warns Silveira Freitas to calm down so he can be released, but also tells him that he won’t be released until the police arrive.

It will be up to the investigation to see “if these contradictions were motivated by something that she wanted to cover up or not.”

The video of the beating quickly went viral online and triggered of demonstrations on Friday as the country marked Black Consciousness Day. More protests were held across the country over the weekend.

On Monday police fired tear gas and rubber bullets to break up a crowd of protesters that blocked a street and stopped traffic in front of a Carrefour branch in Porto Alegre, located in southern Brazil.

Supermarket chain Carrefour has faced a wave of boycott calls and sometimes violent protests outside its stores across Brazil, drawing comparisons with the killing of George Floyd in the United States in May and the ensuing protests.

On Monday shares in the French group’s Brazilian unit were down six percent in afternoon trading on the Sao Paulo stock exchange, and in Paris Carrefour shares closed down 2.2 percent.

The supermarket chain promised to earmark some $5 million to fight against racism.

In Brazil, the last country in the Americas to abolish slavery — in 1888 — more than half of the country’s 212 million residents identify as Black or mixed-race.