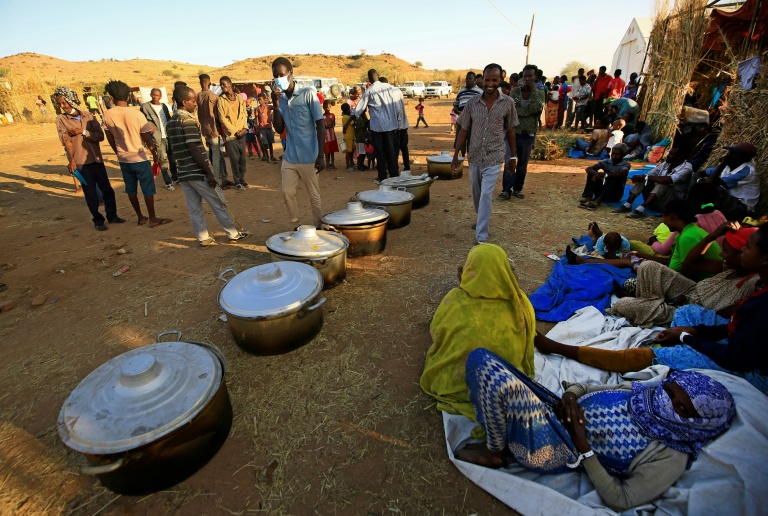 International pressure mounted Tuesday on Ethiopia’s warring parties to cease fighting and protect civilians in Tigray, where the army says it has encircled the capital ahead of a threatened bombardment.

Forces loyal to Tigray’s ruling party have been battling Ethiopian soldiers in the northern region for nearly three weeks, sparking a refugee exodus, civilian atrocities and fears of broader instability in the Horn of Africa.

Prime Minister Abiy Ahmed, last year’s Nobel Peace Prize winner, on Sunday gave the Tigray People’s Liberation Front (TPLF) 72 hours to surrender — an ultimatum rejected by the leader of the dissident region, who has said his people are “ready to die” for their homeland.

As the deadline looms, the UN Security Council held its first meeting on the crisis, despite disagreement between European and African members over whether the closed-door discussion should take place.

Ethiopia’s army says tanks are within 60 kilometres (37 miles) of the regional capital Mekele, where it has promised a “no mercy” assault on TPLF forces.

“The highly aggressive rhetoric on both sides regarding the fight for Mekele is dangerously provocative and risks placing already vulnerable and frightened civilians in grave danger,” said UN human rights chief Michelle Bachelet.

Amnesty International urged Ethiopia against using artillery and aerial bombings in Mekele, appealing for both sides to consider the city’s half a million inhabitants and the many more seeking refuge there from fighting elsewhere.

The government said Tuesday that “a large number of Tigray militia and special forces” had surrendered after Abiy’s 72-hour ultimatum.

The TPLF, for its part, said on Monday it had routed an army battalion and claimed responsibility for a rocket attack on Bahir Dar — the capital of Amhara region to the south of Tigray — where local forces are fighting alongside Ethiopian troops.

Tigray remains under a communications blackout and media access to the region has been restricted, making independent verification of claims from both sides difficult.

Abiy has resisted growing calls for mediation since ordering troops, tanks and warplanes into Tigray on November 4 in response to what he said were attacks on federal military camps orchestrated by the TPLF.

The African Union (AU), headquartered in the Ethiopian capital Addis Ababa, has dispatched three former African presidents as special envoys to try and broker talks on the Tigray crisis.

A spokesman for an Ethiopian committee handling the conflict said Monday the government would meet the envoys “as a matter of respect” but flatly ruled out negotiations with the TPLF.

Tuesday’s virtual meeting of the UN Security Council to discuss the crisis was briefly in doubt after African countries pulled out.

But diplomats from France, Britain, Belgium, Germany and Estonia ultimately forced the talks to go ahead, backed by the United States.

“At a certain moment, we have to put it on the agenda, even if the Africans don’t like it,” a European diplomat told AFP on condition of anonymity, highlighting the growing impatience over the lack of Security Council action on the weeks-long fighting.

The US National Security Council on Monday called for mediation and extended its support to the AU diplomatic effort “to end this tragic conflict now”.

The fighting has already driven more than 40,000 people into Sudan and forced many more to flee within Tigray. Hundreds have reportedly been killed, though the true extent of death and displacement is not known.

The Ethiopian Human Rights Commission, a government-affiliated but independent body, said Tuesday that at least 600 people had been slaughtered in a “rampage” in the town of Mai-Kadra on November 9.

A local Tigrayan youth group aided by police and militia “killed hundreds of people, beating them with batons/sticks, stabbing them with knives, machetes and hatchets and strangling them with ropes,” the commission said in a report.

Tigrayan refugees from Mai-Kadra, who have fled to Sudan, have blamed government forces for the killings.

Long-running tensions between Addis Ababa and the TPLF boiled over in September when Tigray proceeded with regional elections in defiance of the federal government, which declared the vote illegal.