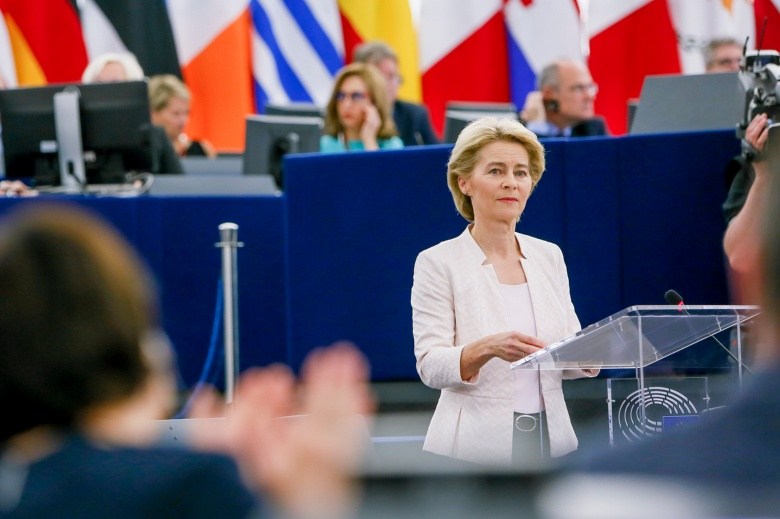 European Commission President Ursula von der Leyen urged Poland and Hungary to take their issue with the link between European funding and respect for the rule of law to the European Court of Justice.

The two countries are currently blocking a recovery plan badly needed in the face of the coronavirus crisis by rejecting the mechanism linking the granting of European funds to respect for the rule of law, on which Member States and the European Parliament reached an agreement a two weeks ago.

According to this mechanism, measures could be decided at Council level by qualified majority if a state involves European financial interests in violations of fundamental principles.

Targeted by EU proceedings against several of their reforms deemed to undermine the independence of the judiciary, media and association freedoms, etc., Poland and Hungary claim that the new mechanism only aims to punish them.

They threaten to block the 2021-2027 EU budget and the funds promised to states to recover from the coronavirus crisis.

“For those who still have doubts, there is a clear way forward: they can go to the European Court of Justice and have the new rules” put to the test, von der Leyen said.

“This is the place where we usually disagree on legal texts,” she said, “and not at the expense of millions of Europeans who are urgently waiting for our help.”

“We all owe them a rapid response,” von der Leyen continued. “To those who have had to temporarily close their restaurants and shops for the good of us all. To those whose existence is threatened. To the people who fear for their jobs. Even in Poland and Hungary.”