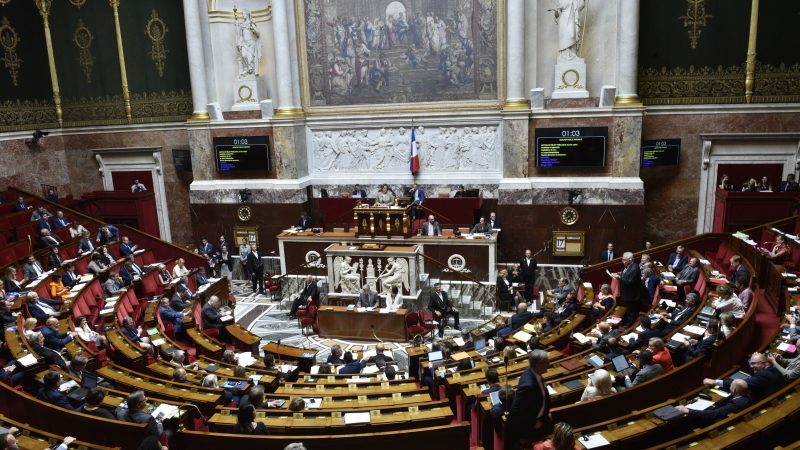 A draft law that would make it a crime to circulate an image of a police officer in certain circumstances passed the first hurdle in France’s parliament on Tuesday despite protests from rights activitsts and journalists.

Opponents say the law – steered through parliament by tough-talking Interior Minister Gerald Darmanin – would hamper journalists’ freedom to report on public events and make it harder to hold officers accountable if they use excessive force.

Supporters say the planned law is designed to protect officers and their families from being trolled online and harassed or attacked when off duty.

Under the plans, anyone convicted of circulating a police officer’s image with the intention of seeing them harmed could be jailed for a year and fined 45,000 euros ($53,450).

After days of often tense debate, the bill received 388 yes votes, 104 nos and 66 abstentions, with the conservative Les Republicains and the far-right Rassemblement National mostly voting with LaRem and all leftist parties voting against it.

Prime Minister Jean Castex told parliament the government was not targeting the freedom of the press, but wanted to protect police.

“The aim is not to prevent anyone from filming or broadcasting images that shed a light on a fact or a public event,” said Castex, who will hold talks with journalists’ unions this week.

In a nod to the opposition, Castex said the government would present the bill to the Constitutional Council to verify that it is in line with the constitution. Opposition parties often appeal to the council over disputed bills.

The French senate, controlled by the conservative opposition, will vote on the bill in January, after which it can go back to parliament for a final vote.