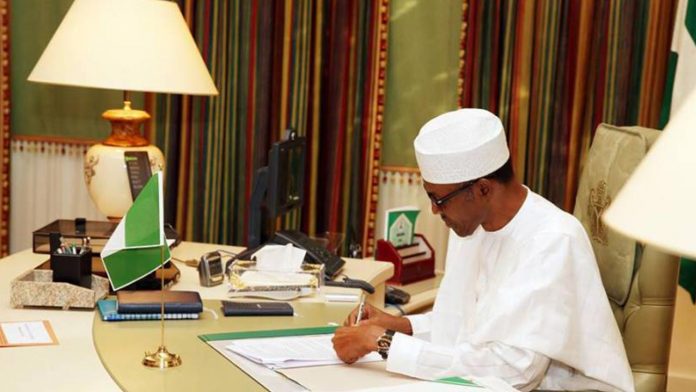 President Muhammadu Buhari on Tuesday requested the Nigerian Senate to confirm the appointment of Farouk Aminu as a full-time Commissioner of the National Pension Commission (NPC).

The President’s request is contained in separate letters read by the Senate President, Ahmad Lawan on the floor of the Nigerian Senate during plenary on Tuesday.

The request to make Umaru Farouk Aminu a full-time Commissioner representing the North-West Geopolitical Zone in the National Pension Commission, according to the President, was in meeting with the provision of Section19(3) of the Pension Reforms Act, 2014.

President Buhari in another letter dated 5th November 2020, requested the confirmation of seven nominees as Chairman and members of the National Commission for Persons with Disabilities.

READ  Viral Video Of Masquerade Beg For Mercy While Being Flogged By A Soldier
Share this Post[?]