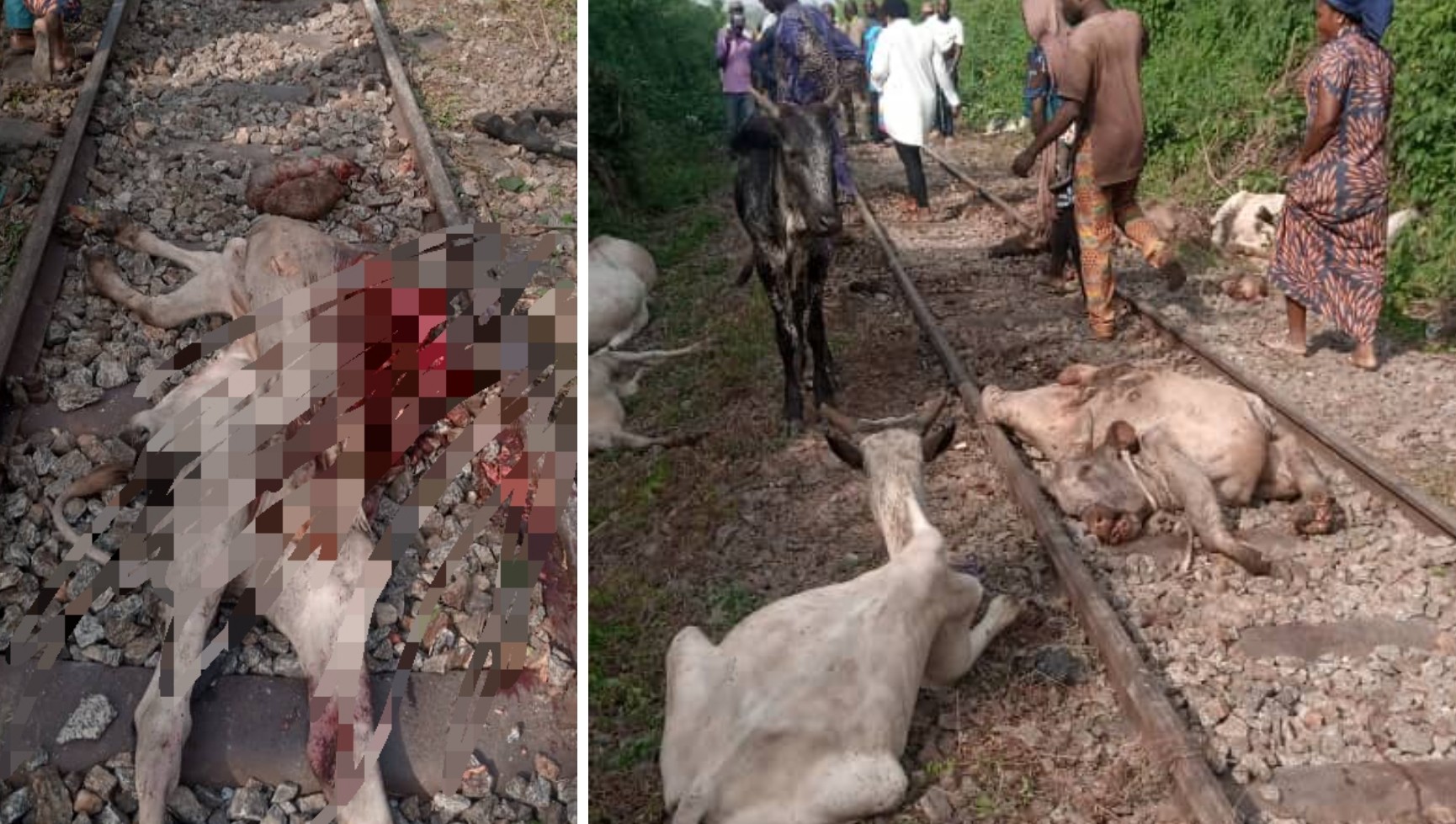 No fewer than 47 cows were reportedly killed after a train derailed in Osogbo on Wednesday.

It was gathered that the train was heading to Kwara when the incident happened at about 3:09 PM around Power Line Area in Osogbo.

Eyewitness account disclosed that the train was heading towards Kwara State but when it got to Power Line Area in Osogbo, the last coach of the train carrying stones detached and derailed from the track and killed the cows. One of the owners of the cows identified Rabiu Ismail expressed sadness over the unfortunate incident.

“I am not happy about this incident at all. I have lost cows. The cows that died worth N10 millions,” He lamented.