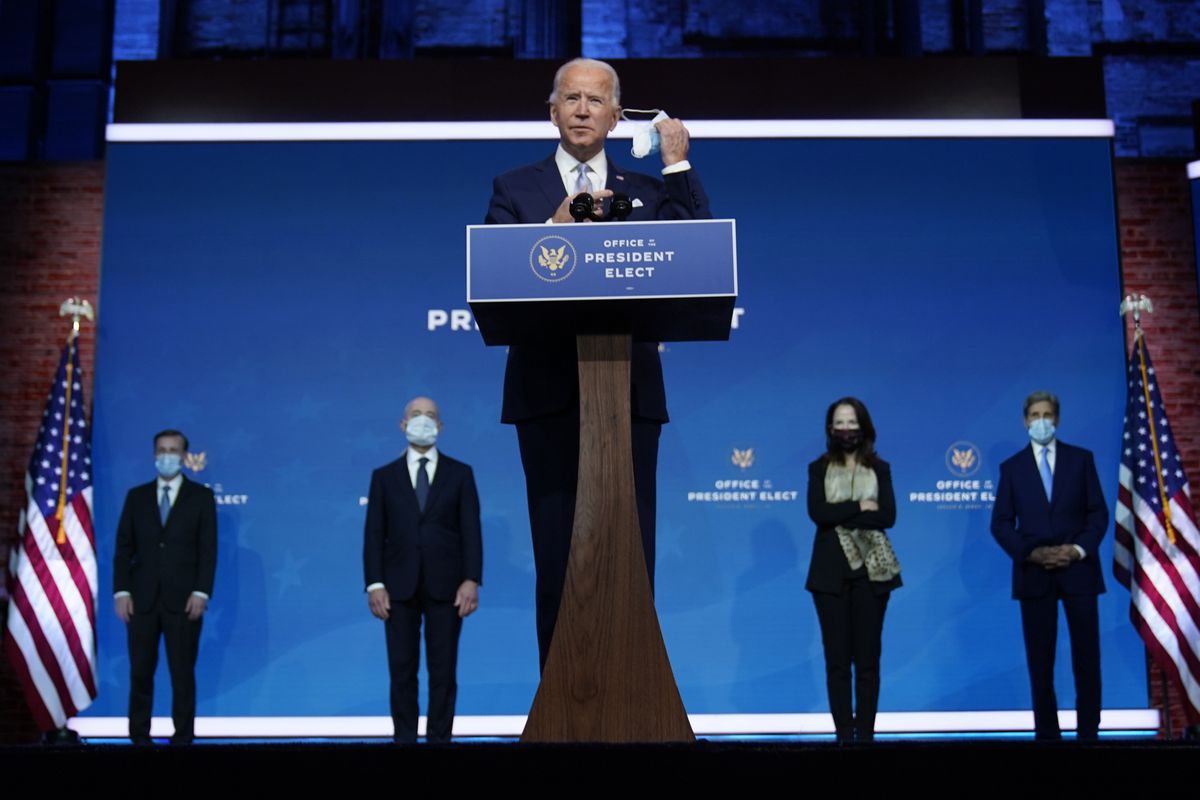 The Presidential candidate of the Democratic Party, Joe Biden, on Tuesday unveiled members of his cabinet that will serve in his administration starting from January 20, 2021.

The president-elect noted that Avril Haines would be the first female Director of National Intelligence and Alejandro Mayorkas the first Latino Homeland Security boss.

Biden further stated that John Kerry, would be climate envoy while foreign policy veteran, Antony Blinken, will be Secretary of State.

He further stated that they were nominated to start work with the transition committee ahead of the presidential inauguration.

This is coming after President Donald Trump, authorised the General Services Administration to commence the transition process although he is yet to concede the election.

READ  Eze Slams Obi, Secondus And PDP Chieftains, Says They Should Apologise To Nigerians And Imo People
Share this Post[?]