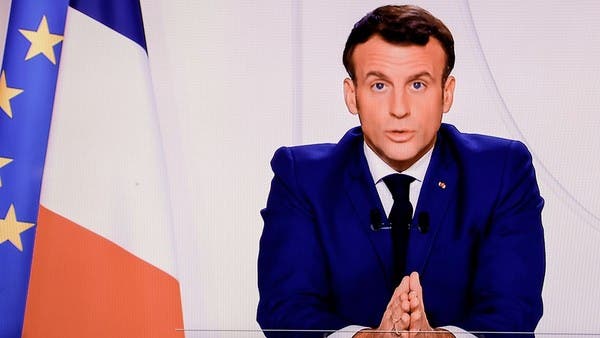 France will begin easing its Covid-19 lockdown this weekend so that by Christmas, shops, theatres and cinemas will re-open and people will be able to spend the holiday with the rest of their family, French President Emmanuel Macron said on Tuesday.

In a televised address to the nation, Macron said the worst of the second wave of the pandemic in France was over, but that restaurants, cafés and bars would have to stay shut until January.

“We must do everything in our power to avoid a third wave and a third lockdown,” the French president said.

“We have slowed the spread of the virus,” said Macron, “but it is still very much present”.

French shops were authorised to reopen on Saturday, in time for the Christmas shopping period which is crucial for many retailers who have been lobbying hard for a return to business.

In the three-step path out of lockdown outlined by Macron, people will also be able to exercise outside for three hours a day from Saturday, though they will still need permits to leave the house. Indoor religious services will be allowed to resume, but the number of worshippers will be capped at 30 people.

France aims to lift the nationwide lockdown on December 15 but Macron said that a 9pm-7am curfew would remain in place. Cinemas and theatres will also be allowed to reopen.

The curfew will be relaxed on Christmas Eve and New Year’s Eve and French people will be able to travel between regions – and without a permit – so they can spend Christmas with their families.

French people should, however, avoid “pointless travel”, he said, calling on them to respect social distancing measures throughout the festive period.

Macron also said he would start a vaccination campaign at the end of December or beginning of January, starting with the most vulnerable and older people, adding that vaccination would not be mandatory.

Covid-19 infection rates have dropped sharply in the past week since the government imposed a nationwide lockdown on October 30.

France’s infection rate per 100,000 people is now less than a third of what it was when November began, and the number of people in hospitals and intensive care has been trending downward for a week.

However, France continues to report hundreds of Covid-19 related deaths each day. Just minutes before Macron’s address, the country’s Covid-19 death toll passed 50,000 while its infection rate of 2,153,815 remains the highest in Europe.