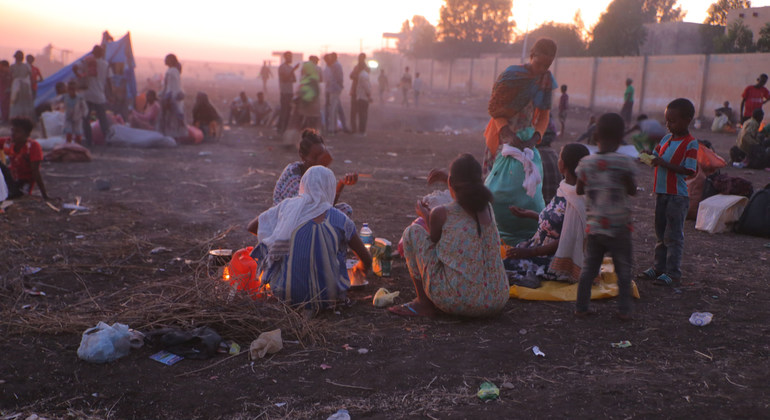 The United Nations says shortages have become “very critical” in Ethiopia’s embattled Tigray region as its population of 6 million remains sealed off and its capital is under threat of attack by Ethiopian forces seeking to arrest the regional leaders.

Fuel and cash are running out, more than 1 million people are now estimated to be displaced and food for nearly 100,000 refugees from Eritrea will be gone in a week, according to a new report released overnight. And more than 600,000 people who rely on monthly food rations haven’t received them this month.

Travel blockages are so dire that even within the Tigray capital, Mekele, the U.N. World Food Program cannot obtain access to transport food from its warehouses there.

Communications and travel links remain severed with the Tigray region since the deadly conflict broke out on Nov. 4, and now Human Rights Watch is warning that “actions that deliberately impede relief supplies” violate international humanitarian law.

The U.N. has reported people fleeing the city. Abiy’s government had warned them of “no mercy” if residents didn’t move away from the TPLF leaders who are accused of hiding among the population.

But with communications cut, it’s not clear how many people in Mekele received the warnings. The alarmed international community is calling for immediate de-escalation, dialogue and humanitarian access.