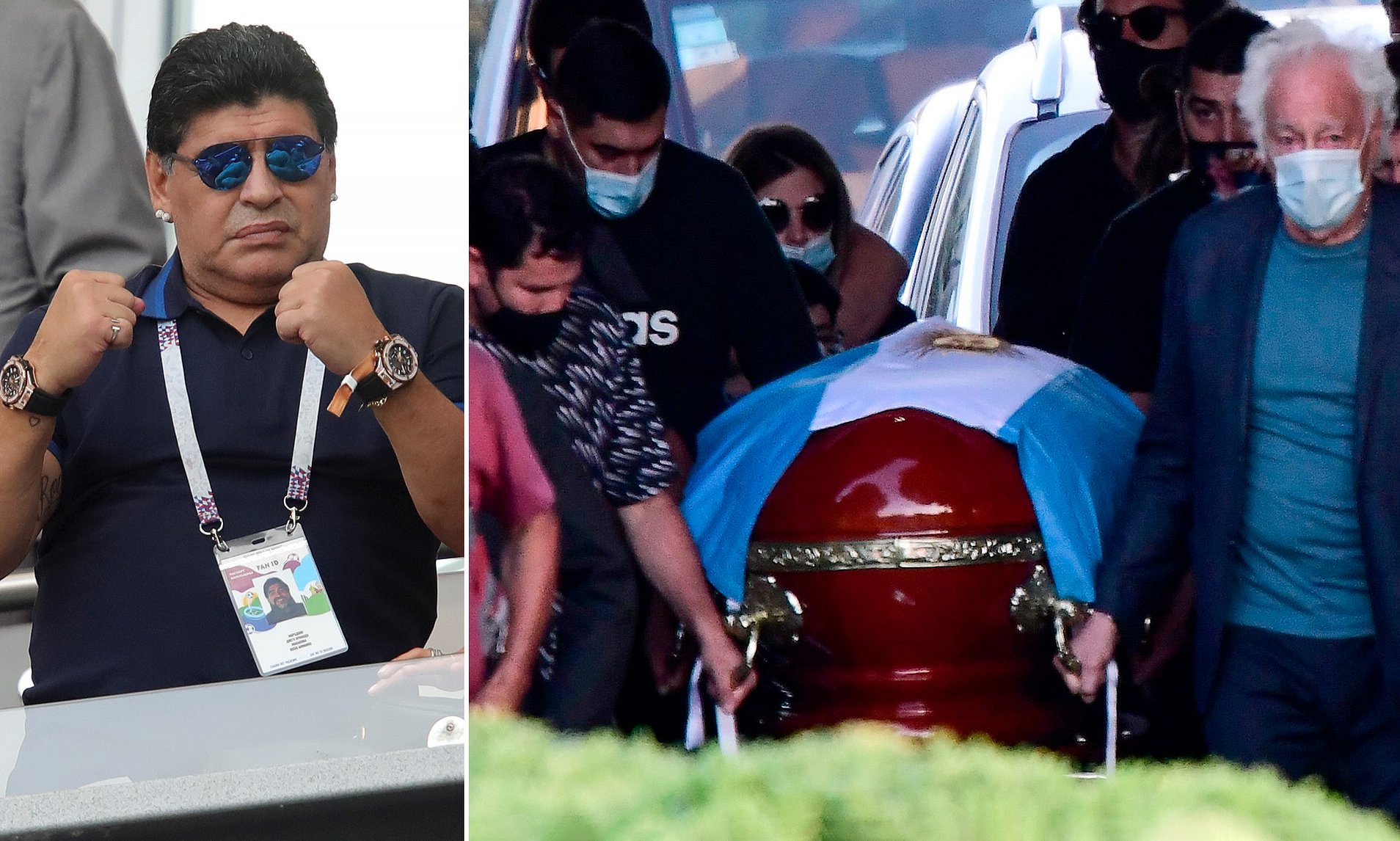 Argentine prosecutors were investigating Friday the circumstances surrounding the death of Diego Maradona and whether it could have involved medical negligence, judicial sources said.

“There are already irregularities,” a close family member told AFP.

Maradona’s lawyer, Matias Morla, had earlier called for an investigation into claims that ambulances took more than half an hour to reach the football star’s house in response to an emergency call on the day of his death.

A preliminary autopsy report established that Maradona died in his sleep at noon on Wednesday of “acute lung edema and chronic heart failure.”

The prosecutor’s office in Buenos Aires has opened a file entitled “Maradona, Diego. Determination of the cause of death.”

“The case was initiated because he is a person who died at home and no one signed his death certificate. It does not mean there are suspicions or irregularities,” a judicial source said, requesting to remain anonymous.

>> Pain and glory: The extraordinary life of Diego Maradona

The 60-year-old Argentine football legend was receiving round-the-clock medical care at a house in a gated community in Tigre, north of Buenos Aires, where he was recuperating from surgery to remove a clot on his brain in early November.

“You have to see if they did what they were supposed to do or if they relaxed,” the family member told AFP.

“The nurse made a statement when the prosecutor appeared on the day of Diego’s death, then expanded her statement and finally went on television to say that what she said was forced on her, so there is some contradiction in her statement,” the close relative said.

The prosecutor’s office is awaiting the results of toxicological tests on Maradona’s body.

The three prosecutors working on the case have requested the star’s medical records, as well as recordings from neighborhood security cameras.

Another nurse caring for Maradona was likely the last person to see the star alive, at dawn on Wednesday, prosecutors said in a statement on Friday.

“From his words, it could be established that he was the last person to see (Maradona) alive at approximately 6:30 in the morning,” as the night shift at the star’s house was ending, it said.

The nurse, interviewed by prosecutors on Thursday, “referred to having found him resting in his bed, assuring that he was sleeping and breathing normally.”

Maradona’s nephew Johnny Herrera was previously believed to have been the last person to see Maradona, at 11:30pm on Tuesday.

Prosecutors said the nurse present in his house at the time of death told them that she had heard Maradona “moving around inside the room” at 7:30am.

They said that at 12:17pm, “Maradona’s personal secretary requested medical assistance, and an ambulance from the company +VIDA was present at 12:28pm, according to film records from the San Andres neighborhood obtained by the prosecutor’s office.”

Investigators have also established that Maradona’s personal doctor, Leopoldo Luque, had already made a 911 call at 12:16 pm, requesting an ambulance.