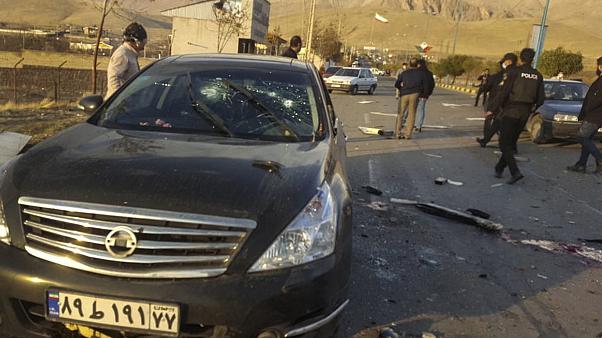 Iran has vowed to avenge the death of Mohsen Fakhrizade, the country’s most senior nuclear scientist who was assassinated on Friday outside Tehran.

Hossein Dehghan, an adviser to Iran’s supreme leader, issued the warning: “We will descend like lightning on the killers of this oppressed martyr and we will make them regret their actions!”

Iran’s foreign minister has accused Israel of orchestrating a fatal shooting of the scientist, a claim that Dehghan also made.

Fakhrizadeh was killed while driving through the city of Absard, east of Tehran, by “armed terrorist elements” using explosives and machine-gun fire, the Iranian state broadcaster said.

He died at a local hospital where medical staff were unable to revive him.

Photographs released by the Iranian news agency Fars showed a Nissan sedan with bullet holes through its windshield and pools of blood on the road.

The country’s Foreign Minister Mohammad Javad Zarif said there were “serious indications of [an] Israeli role”.

He added in a tweet: “Iran calls on int’l community—and especially EU—to end their shameful double standards & condemn this act of state terror.”

Hossein Salami, the chief commanded of Iran’s elite Revolutionary Guard, said: “Assassinating nuclear scientists is the most violent confrontation to prevent us from reaching modern science.”

There was no immediate comment from Israel, although Prime Minister Benjamin Netanyahu has referred to Fakhrizadeh at a news conference saying: “Remember that name.”

Both US and Israeli intelligence have described him as a driving force behind the Iranian nuclear weapons programme that the International Atomic Energy Agency (IAEA) said was ended in 2003.

But the agencies alleged Fakhrizadeh continued to work on the project even after it was formally disbanded.