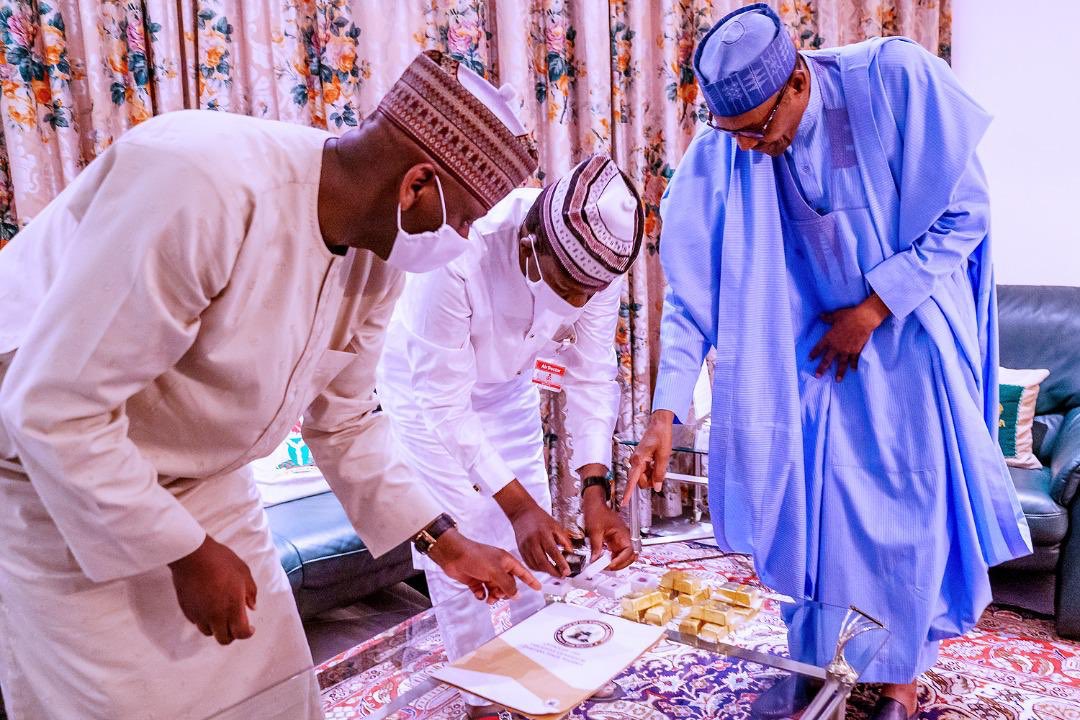 The Governor of Zamfara State, Bello Matawalle has commended the ruling party, All Progressives Congress (APC) for speaking in his defence on the state’s gold reserve.

Recall that in October 2020, the Zamfara government had said it started its gold reserve to reduce dependence on federal allocations.

The state commissioner for finance, Rabiu Garba had earlier noted that the state government was able to purchase the commodity from licensed miners eventhough there was a federal government ban on mining activities in the country.

“When the ban is lifted and mining activities resume fully, we are hopeful that we will be receiving royalties from miners, while the federal government will also be giving us something,” Garba had said.

But reacting, Olamilekan Adegbite, minister of mines and steel development, had said the federal government reserves the exclusive right to ownership of mineral products in the state.

Commenting on the issue on Friday, Matawalle spoke on the bad experiences ha had on the issue with some PDP governors.

In a statement by Zailani Bappa, his spokesman, the governor alleged that rather than defending him on the Zamfara gold issue, some PDP governors were the ones berating him and spreading misinformation and lies about it.