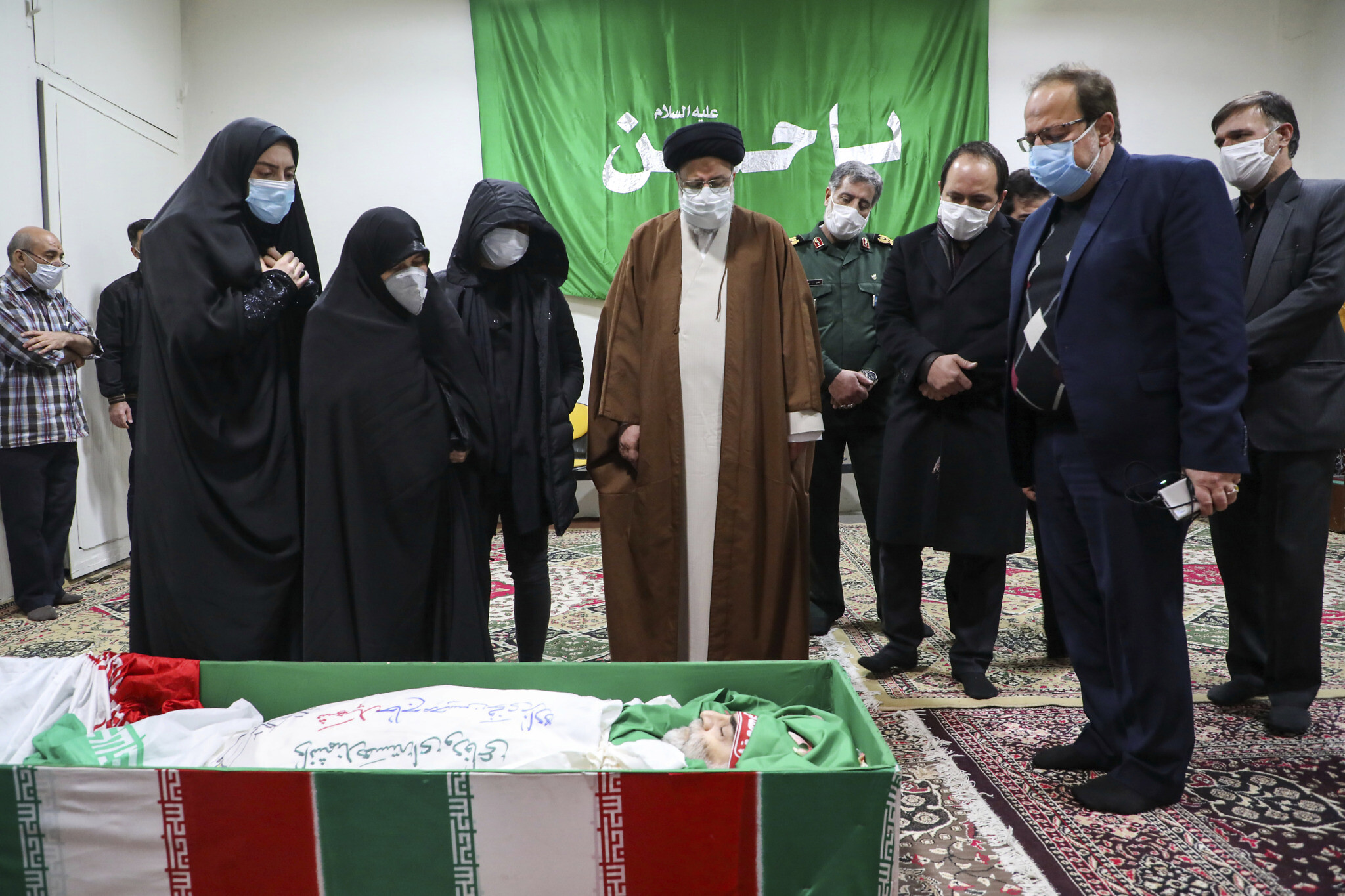 The body of Iran’s assassinated top nuclear scientist has been taken to the first of several revered Shiite Muslim shrines ahead of his burial set for Monday, state media reported.

Iran’s President Hassan Rouhani has accused arch-foe Israel of acting as a US “mercenary” and killing Mohsen Fakhrizadeh when assailants opened fire at him and his bodyguards near Tehran on Friday.

As part of the funeral procession, Fakhrizadeh’s body arrived in the northeastern city of Mashhad late Saturday and was taken to Imam Reza’s shrine, for prayers and to circle the tomb, state news agency IRNA reported.

His remains will next be taken to Fatima Masumeh’s shrine in Qom, south of Tehran, and then to Imam Khomeini’s shrine in the capital, according to the defence ministry.

The funeral itself will be held on Monday, in the presence of high-ranking military commanders and his family, the ministry said on its website, without specifying the location.

The killing of Fakhrizadeh — whom Israel has dubbed the “father” of Iran’s nuclear programme — has once more heightened tensions between the Islamic republic and its foes.

Iran’s supreme leader Ayatollah Ali Khamenei called for the perpetrators to be punished and urged that Fakhrizadeh’s “scientific and technical efforts” be continued.

Speaker Mohammad-Bagher Ghalibaf said that any “decisions made will be made public soon”.

The United States slapped sanctions on Fakhrizadeh in 2008 for “activities and transactions that contributed to the development of Iran’s nuclear programme”, and Israeli Prime Minister Benjamin Netanyahu once described him as the father of Iran’s nuclear weapons programme.

The New York Times said an American official and two other intelligence officials had confirmed Israel was behind the attack, without giving further details.

Israel has declined to comment on the death of Fakhrizadeh.

The assassination comes less than two months before US President-elect Joe Biden is due to take office, after a tumultuous four years of hawkish foreign policy in the Middle East under President Donald Trump.

Rouhani has blamed the killing on “the wicked hands of the global arrogance, with the usurper Zionist regime as the mercenary”.

Iran generally uses the term “global arrogance” to refer to the United States.