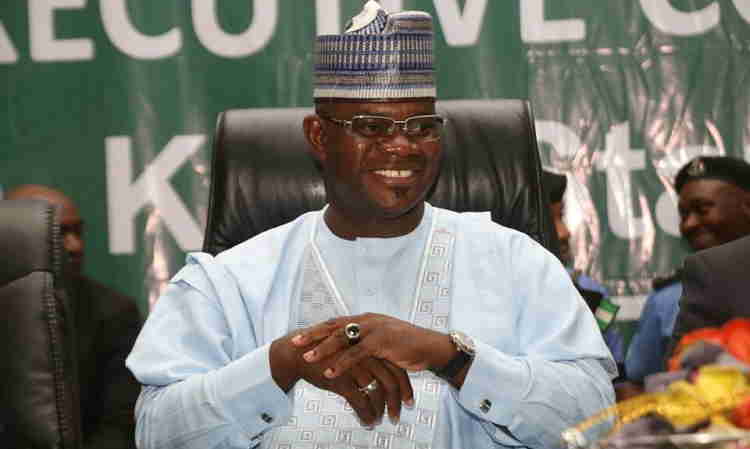 Kogi state commissioner for information and communication, Kingsley Fanwo has stated that many people have asked the governor of Kogi, Yahaya Bello to contest the 2023 presidential race.

Fanwo on his Twitter page on Saturday said the desire of Nigerians for a great country aligns with that of Bello, “so we know the deafening calls will bring about a defining moment for our nation.”

He wants a great Nigeria. Nigerians want a great Nigeria. He has done it in Kogi State. So we know the deafening calls will bring about a defining moment for our nation. We are THINKING NIGERIA. @asuku @acewaju @MrAbelJulius @bestman_g1 #THINKINGNIGERIA https://t.co/2pvNGiYyCQ pic.twitter.com/FMO2w9ou2i

Explaining while he decided to post a tweet on the issue, the commissioner stated that many Nigerians are asking the governor to seek the highest office in the land.

“The people are calling on him to run for president but he has not come out clearly to tell us whether he is accepting that clarion call or not,” he added.

“He is a unifier. He is very capable and qualified, he perfectly fits into that bracket of what Nigeria wants.”

Bello, who is currently serving his second tenure in office, became one of Nigeria’s youngest governors at the age of 40 in 2015.

“He has shown that the youth can provide quality leadership in Nigeria,” Fanwo said, citing what he said are some of the governor’s biggest achievements so far in Kogi.

“In Kogi, we have diverse ethnic groups which were not unified; there was the challenge of insecurity and underdevelopment, but he came in 2016 and was able to unite the state.

“When you look at the economy, he has been able to inject a lot of dynamism into the economic management of the state and we are also looking into agriculture.

“When you look at the challenges of Nigeria – lack of unity, insecurity, economic diversification – he has the answer to them.”