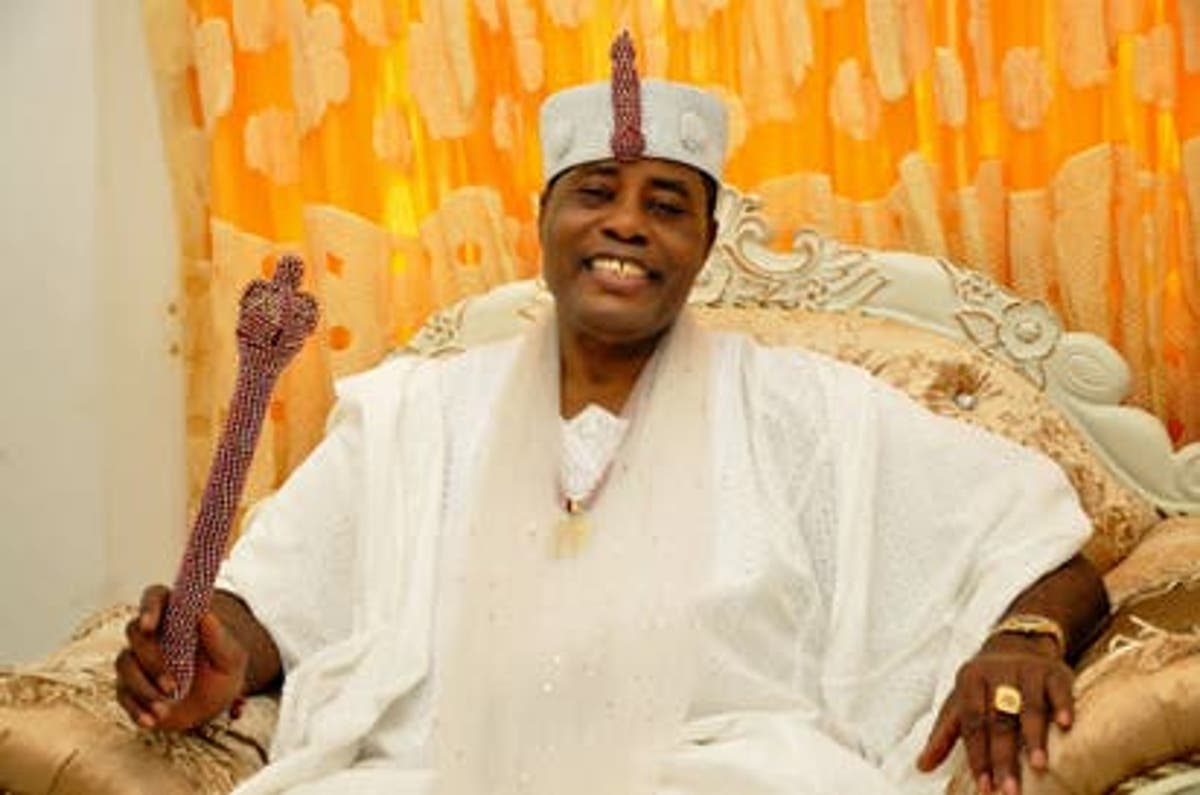 Oba Frederick Obateru Akinruntan, the Olugbo of Ugbo in Ondo State has stated that he is the owner of Ile-Ife, an ancient town in Osun state which is regarded as the cradle of the Yoruba people.

Oba Akinruntan said Ile Ife belongs to his fathers who had settled there long before Oduduwa and his entourage came to settle in the ancient town.

This statements were made by the King while speaking on Saturday during the finale of activities to mark his 11th year on the throne.

He said empirical and historical facts abound to support his claims, adding that anybody with contrary opinions or facts should openly come out to challenge him.

“My fathers had 13 communities in Ile Ife before Oduduwa came and the communities had their own rulers. It was my fathers who built what is called Ile Ero. Today, if an Ooni is to be crowned or has joined his ancestors, some rituals have to be made in Ile Ero. We still have seven quarters in Ile Ife.

” Our people left Ile Ife voluntarily on tne prompting of the oracles and the deities. I am the owner of Ile Ife. A lot of facts and books point to that. If anyone has a contrary opinion, come and show me. You can even invite me to your palace and I would come.

” Some people erroneously think I have something personal against tne Ooni, no, I don’t. He is my brother. Some people also ask why are you bringing up the matter now, the answer is I have been on it for over six years and I feel great that facts that have been buried for centuries have been made public. Our people have a saying that if lies embarks on a journey for 20 years, it is only one day that truth will overtake it, ” he said.

READ  PHOTOS: Bishop Dies Of Coronavirus One Week After Contracting The Deadly Disease

On his people’s view of Moremi, regarded as an heroine in Ile Ife, Oba Akinruntan stated that she betrayed his people.

“She exposed the secret of our war tactics to Ife people. To us she is a betrayer, however, whatever points directly at somebody may have its back against another,” he noted.

On the development strides in his kingdom since he came to the throne, the Chairman of the Ondo State Council of Traditional Rulers said opening up the place for development and ensuring peace and harmony were his achievements.

“We used to access this place by boat, now we have good roads linking us with other parts of the state and country. Also despite the efforts of some few disgruntled elements, peace and tranquility have been our lot here. I thank the people for their support,” he said.