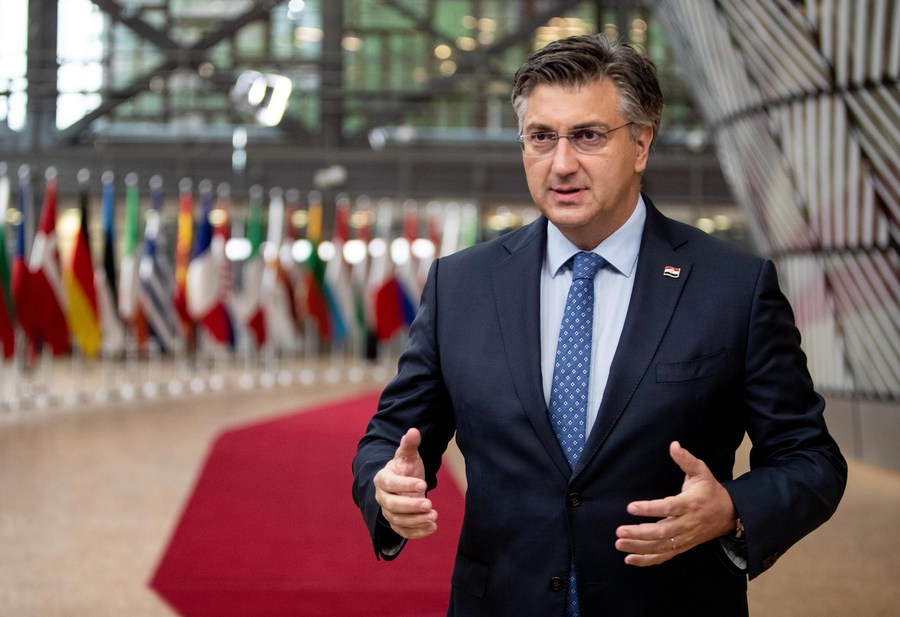 The Prime Minister had taken another test on Monday following the recommendations of epidemiologists and had tested positive, the government announced.

“The Prime Minister is currently feeling well, and continues to perform his activities and responsibilities from home and will follow all the instructions of doctors and epidemiologists,” said Government Spokesman, Marko Milić.

Andrej Plenković had been self-isolating for two days after his wife became infected, and will now enter a 10-day quarantine period.

Croatia is facing an upsurge of coronavirus, with a new high of 74 new deaths recorded on Monday.

Since the start of the epidemic, nearly 130,000 people have been contaminated in Croatia by the new coronavirus and 1,786 have died.

The country’s health minister, Vili Beros, also recently tested positive for COVID-19 but announced on Monday that he had resumed his work.

Vili Beros also said that more than 2,300 people were currently being treated in hospitals across the country, including 255 people in intensive care.

Nearly 1,400 doctors are currently contaminated in Croatia, while nearly a thousand others are in self-isolation, according to the minister.