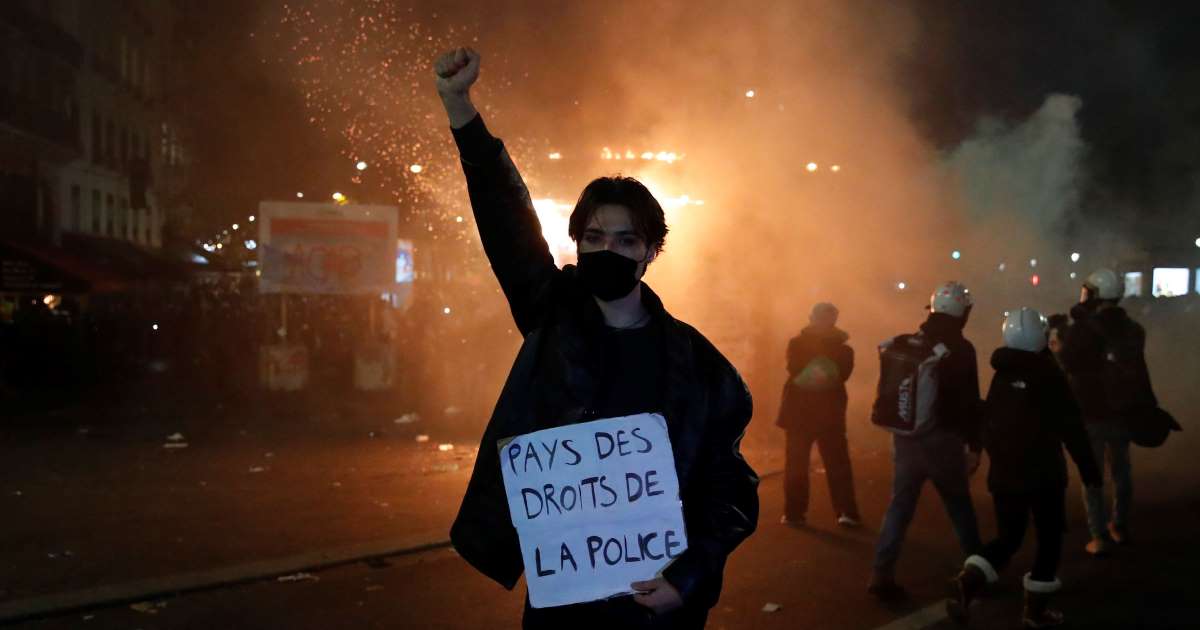 The French government has decided to “totally rewrite” part of a new controversial security law that has sparked nationwide protests, amid a raging debate over police violence and accountability.

The move, interpreted as a climbdown, was announced by parliamentary leaders from the ruling majority dominated by President Emmanuel Macron’s LREM (La République en Marche) movement.

The measure known as “Article 24”, part of a “global security” law, would make it an offence to film and identify police officers online if there is intent to harm — sparking fears that it might enable police to act with impunity.

The government will propose “a complete new rewrite” of the contested article, said the LREM’s parliamentary leader Christophe Castaner at a news conference on Monday.

“We know that doubts still persist” and “we must put out these doubts” because “when such a misunderstanding does not cease to intensify on such a fundamental subject, we have the duty to call ourselves into question collectively,” said Castaner, a former interior minister.

Tens of thousands of people took to the streets across France at the weekend to protest against the new security law, which passed its first stage in the French parliament last week. Amid clashes in Paris and elsewhere, 98 members of the security forces were injured and there were 81 arrests, the interior ministry said.

The controversial article, which has come under scrutiny from the EU and the UN, has come into sharp focus over the past week after events in Paris put the spotlight on police violence.

READ  Who is who in Fayemi’s 55th birthday in Ekiti

Officers were caught on camera beating up a black music producer, the footage of which was uploaded to the internet and viewed millions of times, provoking a national scandal. Four officers have since been charged, with two held in custody.

Earlier last week the police were also criticised for their heavy-handed clearing of a migrant camp in central Paris, amid chaotic and sometimes violent scenes.

In July three officers were charged with manslaughter over the death of a delivery driver, Cédric Chouviat, whose violent arrest near Paris was filmed by onlookers who shared the images on social media.

On Monday night an inquiry was launched into injuries suffered by Syrian photographer Ameer al Halbi, who was hurt while he was covering the protest against Article 24 in Paris on Saturday.

The investigation, to be carried out by the police inspectorate the IGPN will try to uncover what caused the serious face injury to the 24-year-old, who had covered the Syrian conflict for AFP and has lived in France for almost three years.

It’s thought he may have suffered a blow from a police baton.

Many on the left had called for Article 24 to be withdrawn, which has prompted huge protests and intensified political tensions. Human rights groups and media organisations also said the law would allow police violence to go unaccounted for.

Some left-wing parties are demanding the whole security law be scrapped, while the leading right-wing Republicans party has accused the government of presiding over a “fiasco”.

The issue has divided France, with some highlighting the violence suffered by police at the hands of some protesters at the weekend.

READ  Why I have not changed Service Chiefs — Buhari

Castaner told the news conference at the French National Assembly that Article 24 had two objectives. The first, he said, was to protect members of the security forces from incitement to violence.

The second was to preserve the freedom of the press and to inform, be it by journalists or members of the public. “This freedom is in our blood,” Castaner added, insisting there was no intention to ban images from being published, broadcast or posted on social media.

The climbdown is seen as a rebuke for right-wing French Interior Minister Gérald Darmanin, who was involved in several meetings on Monday. After addressing parliamentarians by videolink he was due at the Elysée Palace to see President Macron, Prime Minister Jean Castex and Justice Minister Eric Dupond-Moretti.

Darmanin has condemned the attack on Michel Zecler, calling for those who assaulted the music producer to be sacked. Giving evidence to a parliamentary commission on Monday evening, the interior minister announced some steps towards police reform but strongly defended the force overall, saying he would not tolerate attacks on the security institutions.

President Macron earlier joined the condemnation of the attack on the music producer, taking to Twitter to say: “The images that we have all seen of Michel Zecler’s assault are unacceptable. They shame us.”