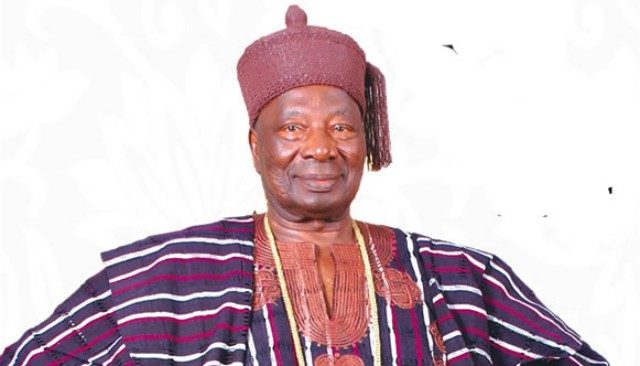 The Soun of Ogbomoso land in Oyo State, Oba Jimoh Oyewumi is currently mourning the death of one of his sons.

It was gathered on Wednesday that the monarch lost one of his sons, Pastor Olumide Oyewumi, Olumide was said to have died on Sunday, though the nature of his death was still unknown as at the time of filling this report.

The Minister for Youth and Sports Development, Mr. Sunday Dare confirmed this in his reaction, he condoled the monarch over the death of his son.

Dare said that he received the news of the death with shock.

He described the passing away of the Monarch’s Son as a collosal loss.

He said, “I received the shocking news of the sudden death of Pastor Olumide.

“It is indeed a big loss because he was a role model to many youth. He was someone I knew personally. Quiet, easy going and prayerful.

“Pastor was a humble and easy going man during his lifetime. May his soul Rest In Peace.

“I pray for peace and long life for our paramount ruler and comfort for all the extended family members.”