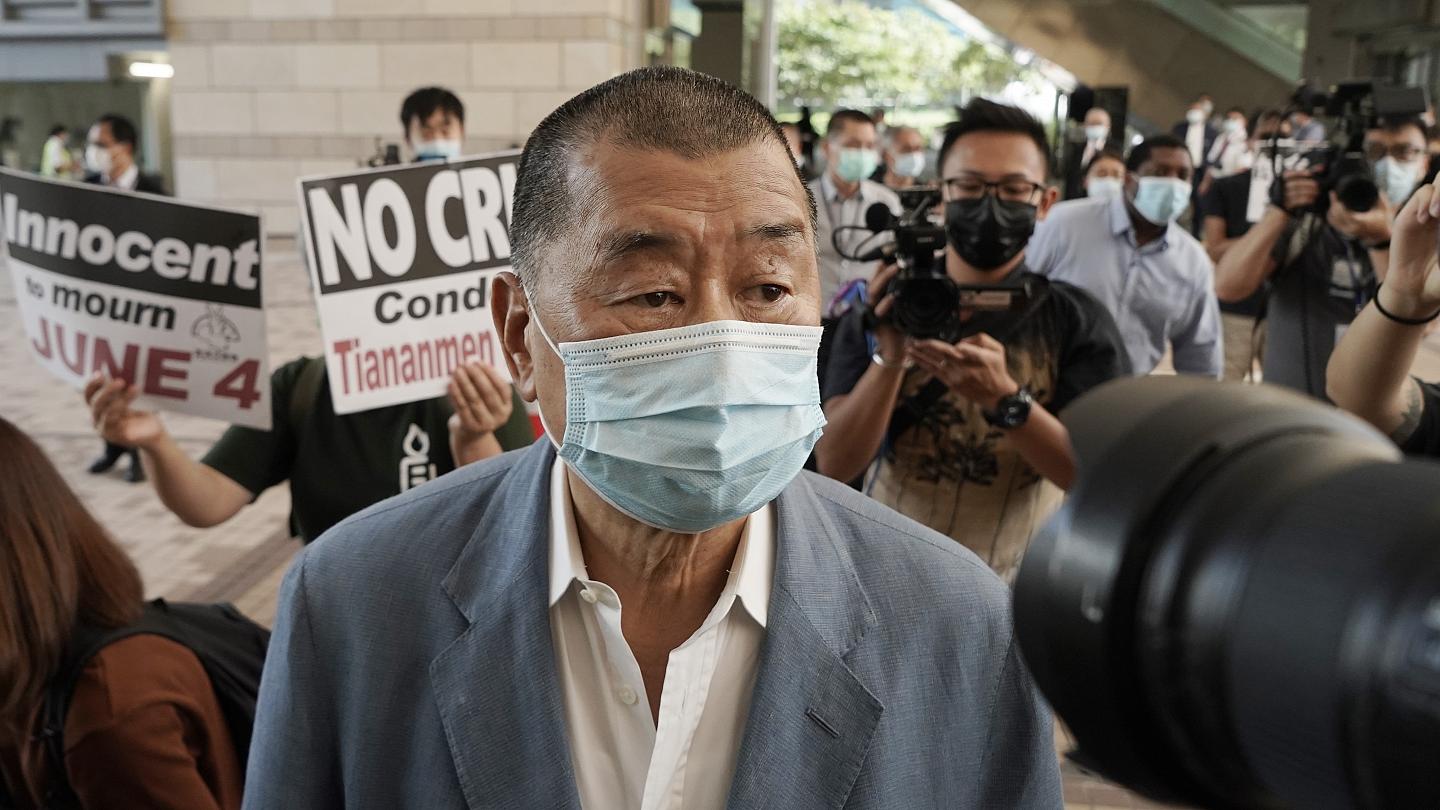 Hong Kong media tycoon Jimmy Lai was remanded into custody on Thursday after being charged with fraud, the latest in a string of prosecutions brought against high-profile Beijing critics and democracy campaigners.

Lai, 73, is the owner of Hong Kong’s best-selling Apple Daily, a popular tabloid that is unashamedly pro-democracy and fiercely critical of authorities.

Lai and two of the firm’s executives—Royston Chow and Wong Wai-keung—face fraud charges that court documents say are related to the paper’s offices allegedly being used for purposes not permitted by the building’s lease.

Police raided Apple Daily’s headquarters in August and arrested a string of senior company figures, including Lai, on suspicion of “collusion with foreign forces” under a vaguely worded new national security law that Beijing imposed on the city.

None has so far been charged with any national security breaches.

But Victor So, the magistrate overseeing Thursday’s hearing, is from a group of judges selected by Hong Kong’s chief executive to try such cases.

So denied Lai bail but granted it to Wong and Chow, setting the next court date for April.

The decision means Lai faces months behind bars as police continue their investigation.

A clampdown has gathered pace in Hong Kong since China imposed its sweeping security law in June, with opposition politicians disqualified and dozens of activists charged or investigated.

Lai is also being prosecuted for his alleged part in those rallies in a separate case.

READ  Uncle Stabs Nephew To Death For Quarreling With His Girlfriend

The crackdown has provoked outrage in the West and fear for millions who last year took to the streets to protest communist China’s tightening grip on the semi-autonomous city.

Beijing says stability and order has been restored and has dismissed the huge crowds that protested as a foreign plot to destabilise China.

Critics say Beijing has shredded the freedoms and autonomy Hong Kong was promised ahead of its handover by Britain.

Lai has long said he fears authorities want to shutter his newspaper, one of the few local outlets still willing to vocally take on Beijing.

In Chinese state media, he is routinely cast as a traitor and “black hand”.

“I’m prepared for prison,” Lai told AFP in an interview two weeks before the security law was imposed.

“I’m a troublemaker. I came here with nothing, the freedom of this place has given me everything. Maybe it’s time I paid back for that freedom by fighting for it,” he added.

Prosecutors have tried bringing cases against him in the past.

He was acquitted in September of intimidating a reporter from a rival pro-government newspaper.

The corruption watchdog also dropped a case against him over political donations to pro-democracy supporters after four years of investigations.