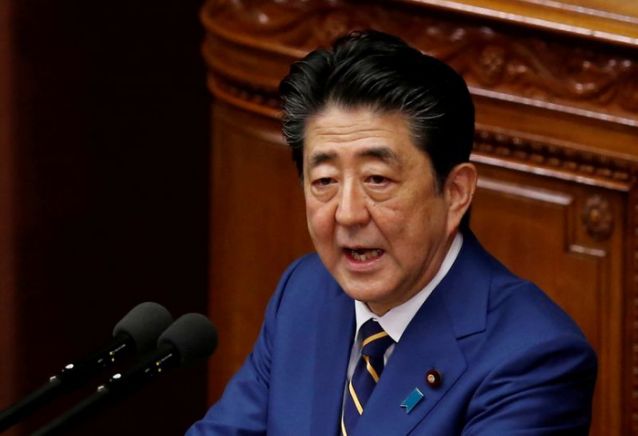 Under Japanese law, spending on political events must be reported, but prosecutors allege that Abe’s office failed to do so for dinners his political group organised on the eve of government-sponsored cherry blossom viewing parties.

Public broadcaster NHK said the group paid more than eight million yen ($76,000) for the events over five years until 2019.

The Tokyo Prosecutors Office, which declined to comment on the story, has already questioned Abe’s secretaries for allegedly failing to properly report the cost of the dinners.

NHK and Jiji Press agency said prosecutors wanted to question Abe about his knowledge of the payments.

Abe, who has not yet responded to the prosecutors’ request, has already denied any wrongdoing, saying guests, including voters in his constituency, attended at their own expense.

Abe resigned in September over health issues after becoming the country’s longest-serving premier.

He weathered several scandals while in office, including over the cherry blossom parties, a decades-old tradition intended to honour the great and good for their achievements.

Abe’s government was accused of stacking the event with supporters, and even inviting a member of Japan’s infamous Yakuza mafia.

While the government denied wrongdoing, Abe’s successor Prime Minister Yoshihide Suga has said he will not hold the event next year.